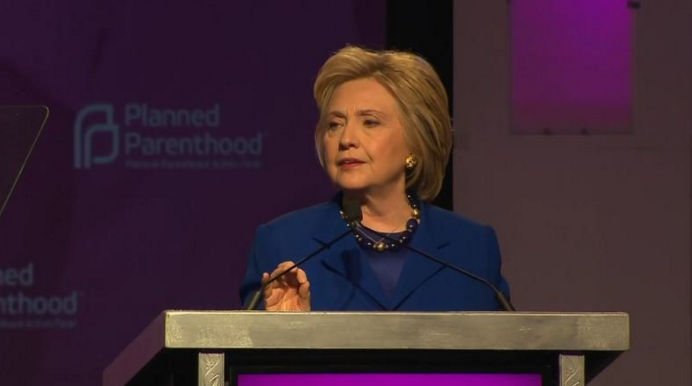 Hillary Clinton spoke at a Planned Parenthood event in Washington, D.C., on Friday.

During her remarks, she slammed “rightwing” Republicans for opposing taxpayer funding of America’s largest abortion provider.

“They are for limited government everywhere, except when it comes to interfering with women’s choices and rights,” said Clinton. “We need to be just as determined as they are. We need to defend Planned Parenthood against partisan attacks.”

“If rightwing politicians actually cared as much about protecting women’s health as they say they do, they’d join me in calling for more federal funding for Planned Parenthood,” she argued.

Check out a clip from her remarks below.

Hillary Clinton: If the right cared about protecting women’s health, they would join me https://t.co/6OZtrfIwim https://t.co/TkdWatj0xp