Clinton Jokes About Wiping Email Server 'With a Cloth’

After an event in Las Vegas, Clinton made yet another joke about her email scandal.

“Well, my personal emails are my personal business, right?” Clinton responded. “So I—so we went through a painstaking process and turned over 55,000 pages of anything we thought could be work-related. Under the law, that decision is made by the official. I was the official. I made those decisions and as I just said, over 1,200 of the emails have already been deemed not work-related. Now, all I can tell you is in retrospect, if I used a government account, and I had said, ‘You know, let’s release everything. Let’s let everybody in America see what I did for four years,’ we would have the same arguments. So that’s all I can say.”

Clinton stammered and then stated, “You know, I don’t… I have no idea. That’s why we turned it over.”

“You said you were in charge of it.  You were the official in charge. Did you wipe the server?” Henry asked another time.

“What? Like with a cloth or something?” Clinton responded with a dismissive hand gesture. 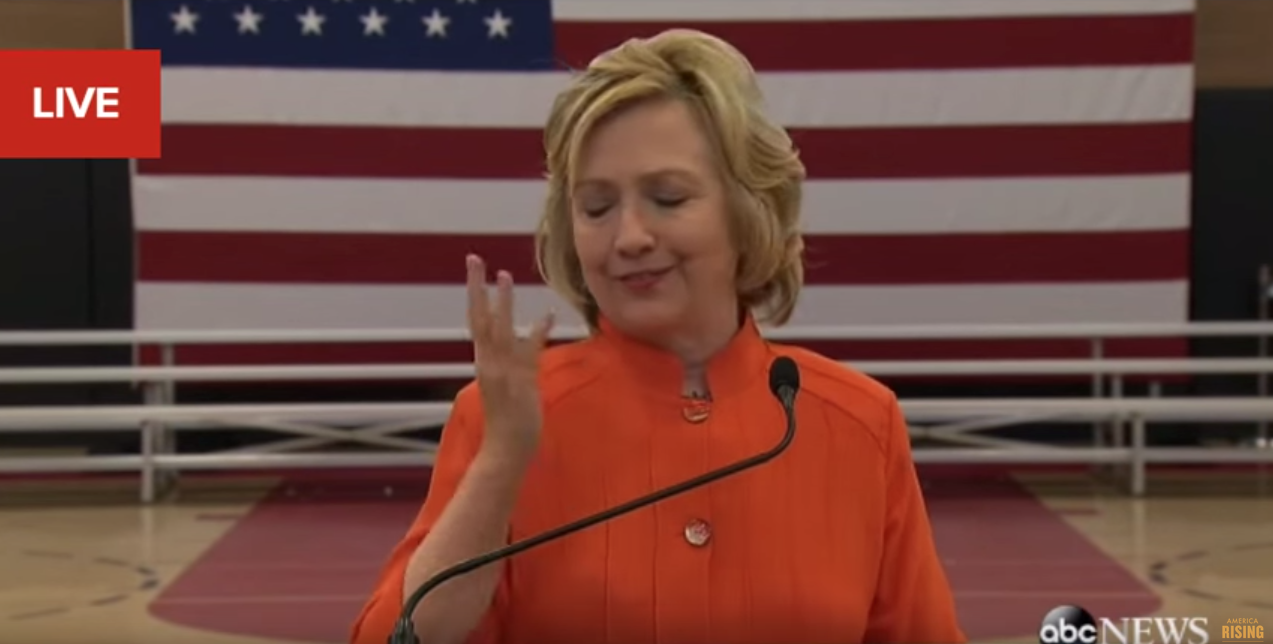 “I don’t know. You know how it works digitally. Did you try to wipe the whole server?” Henry asked again.

“I don’t know it works digitally at all. I do not have any—“

“Ed, I know you want to make a point and I can just repeat what I have said,” Clinton said. “In order to be as cooperative as possible, we have turned over the server. They can do whatever they want to with the server to figure out what’s there or what’s not there. That’s for, you know, the people investigating it to try to figure out. But we turned over everything that was work-related. Every single thing. Personal stuff, we did not. I had no obligation to do so, and did not.”