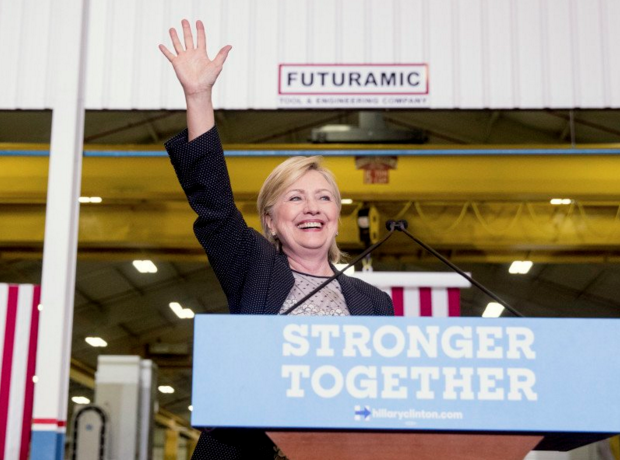 The Hillary Clinton campaign reportedly edited out the line, “You have the right to be believed,” from its website's page on campus sexual assault shortly after the following tweet from Juanita Broaddrick went viral:

“I was 35 years old when Bill Clinton, Ark. Attorney General raped me and Hillary tried to silence me. I am now 73…it never goes away.”

I was 35 years old when Bill Clinton, Ark. Attorney General raped me and Hillary tried to silence me. I am now 73....it never goes away.

According to BuzzFeed News, website archives show that the following quote from Hillary once ran across the top of the Clinton campaign campus sexual assault page:

In February, shortly after Broaddrick's tweet made headlines, the line, "You have the right to be believed, and we're with you," was deleted from the webpage.

Here's the page before the changes: 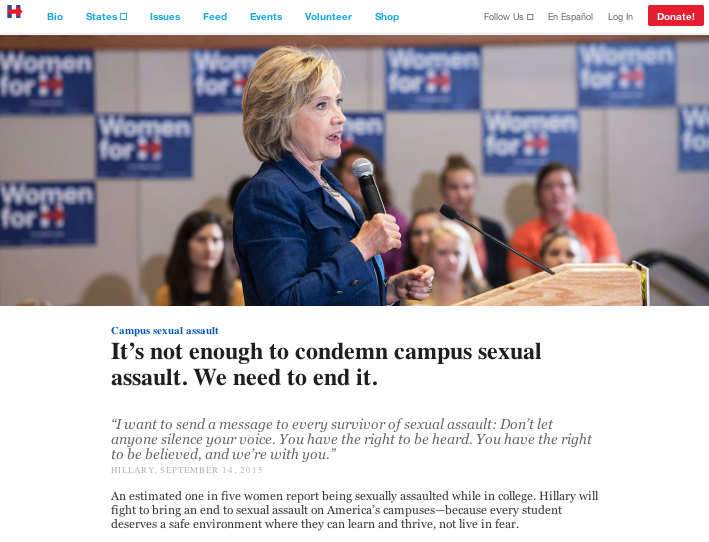 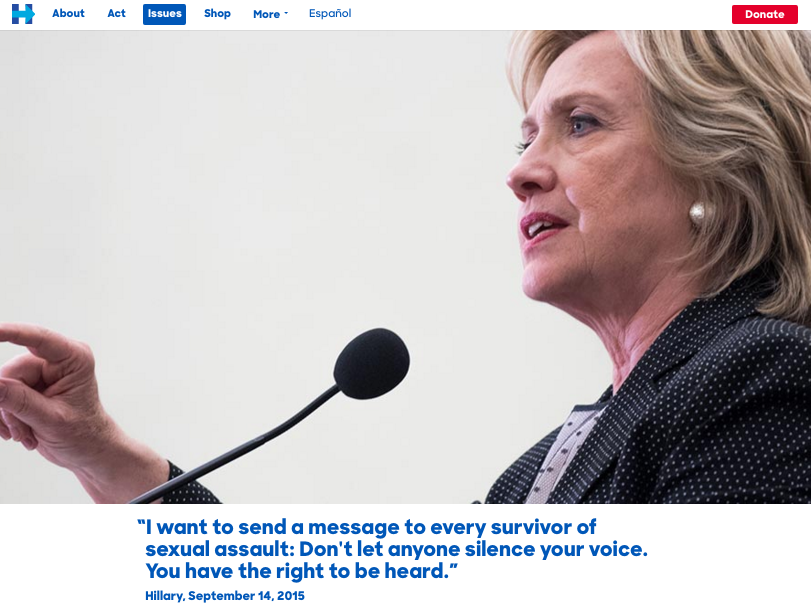 The Democratic presidential nominee tweeted in September that every sexual assault survivor had "the right to be believed."

When asked at a campaign event in December whether the women who have accused her husband, Bill Clinton, of sexual harassment and assault had the same right, she replied, “Well, I would say that everybody should be believed at first until they are disbelieved based on evidence."

The Clinton campaign declined to comment on the BuzzFeed News report published on Sunday.

you have the right to be believed