Clinton Calls for a ‘Kind of an Education SWAT Team’ 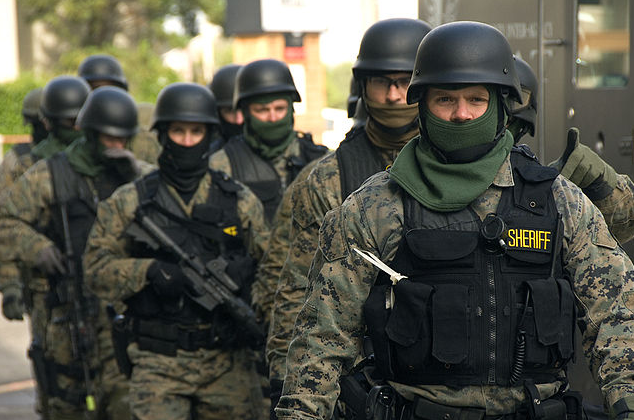 While answering a question about what she would do to improve the educational system in Detroit, Clinton introduced a three-part education plan.

Part one of the plan was a demand for more federal spending for schools, while part two part two was a call for “forcing” governors to “return the schools to the people.” Part three of Clinton’s education plan, however, called for “kind of an education SWAT team.”

Clinton said she wants to create a federal “education SWAT team” within the Department of Education that would allegedly step in to assist failing school systems:

Number three, I want to set-up inside the Department of Education, for want of a better term, kind of an education SWAT team, if you will. Where we’ve got qualified people, teachers, principals, maybe folks who are retired, maybe folks who are active, but all of whom are willing to come and help.

She continued, stating that when “Detroit gets back their schools,” it will be hard to find teachers and repair the schools. Therefore, the SWAT team would presumably step in:

When Detroit gets back their schools, they should have all the help they can get to be able to get teachers in the classroom, to be able to find spaces while schools are being repaired. And, I also would look at how we could through the federal government support more teachers because we’re going to have a teacher shortage in some of the hardest to teach districts including Detroit.