In a tweet on Tuesday, Clinton advertised a shirt on reading the phrase, “nasty woman,” which Clinton supporters used as a rallying cry after President Trump used that phrase to describe Clinton during a presidential debate.

For a mere $25, supporters of Clinton, Planned Parenthood, and “Full Frontal with Samantha Bee” can wear a plain black shirt with white text reading “nasty woman”: 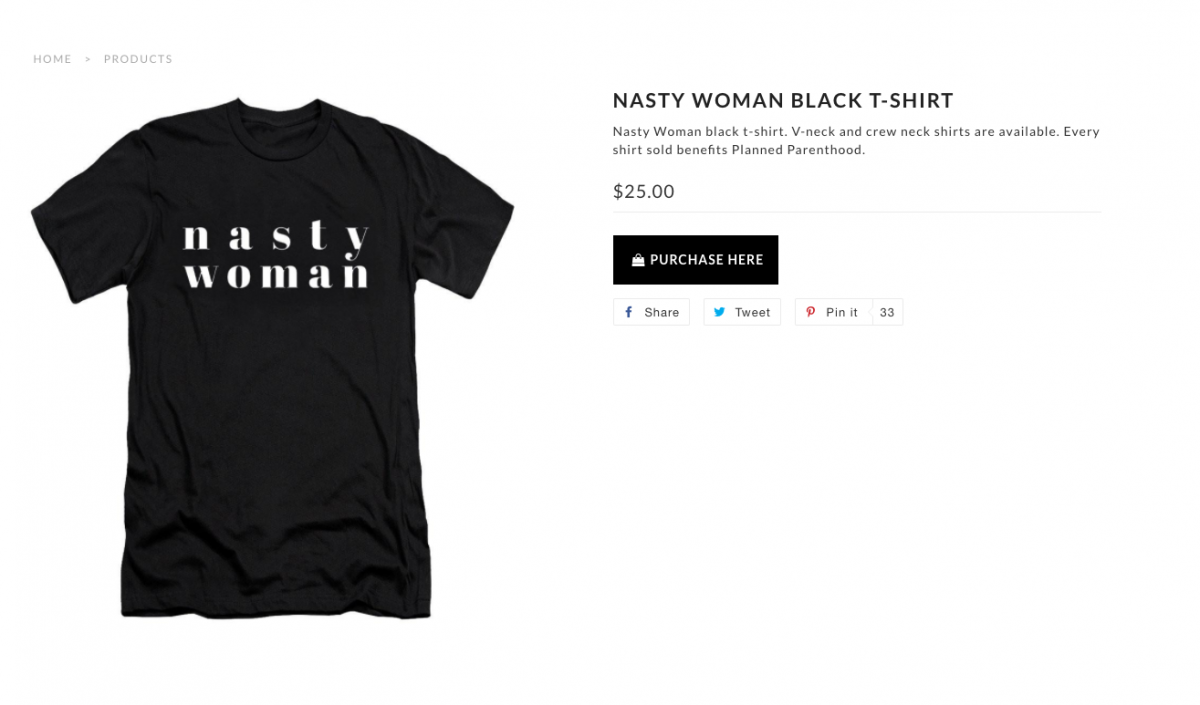 The website claims, “By getting this exclusive ‘Nasty Woman’ shirt, you’re joining Samantha Bee and countless other smart, fearless women and men in supporting Planned Parenthood Advocacy Project Los Angeles County, standing up for women’s (aka, human) rights and helping to pave the way for a brighter future.”

As noted by some on Twitter, considering Clinton’s former role as secretary of state, her new position as an advertiser for Planned Parenthood appears to be a step down:

Remember the good old days when you were SecState and could kill adults AND children with impunity? https://t.co/8HYZZD1Ktn

Contrary to raising money for Planned Parenthood, the executive producer for Bee’s show has recently advised against the show being described as “liberal.”

Bee was recently been forced to apologize for accusing a cancer patient of having “Nazi” hair in a segment. Unlike supporting an entire fundraiser for Planned Parenthood, Bee only donated $1,000 to the GoFundMe for the man she maligned.