Feds Pull Pork from Prisoners' Menu; Even Senator Can't Save Their Bacon - But, Rescues Roast 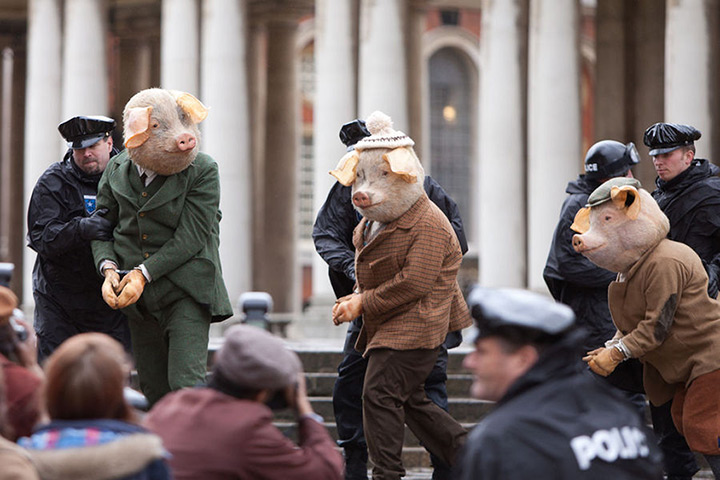 There is something strange going on in the federal prison system. The Bureau of Prisons removed pork from inmates’ menus for a week, and then they mysteriously added it back.

Last week, the Bureau of Prisons removed pork from its menus - supposedly, because pork had become less popular among inmates and it was getting expensive. This raised a national furor, some saying that taking bacon away from inmates violated the Eight Amendment ban against cruel and unusual punishment.

On the other side of the argument, people don't understand why are we asking inmates what they want to eat?  It's prison for Pete's sake! Inmates are not supposed to live high on the hog.

Bureau of Prisons Spokesman Edmond Ross had explained "last week that based on annual surveys of inmates’ food preferences, pork lost its appeal in the prison system years ago. In the last two years, the menu had dropped from bacon, pork chops and sausages to just one dish: Pork roast"

Not having the opportunity to see the survey, it's hard to comment on the results, but bacon? Come on! Even a Jew who keeps Kosher (like me) finds it hard to believe that a bunch of prison inmates said they no longer wanted to hog out on bacon! And even if they did vote it out, there are psychological reasons to keep bacon on the menu: it relieves stress. Why do you think that Israel and the Arabs have been at war for over 60 years? Neither Jews nor Muslims eat bacon (I rest my case).

Earlier this week Senator Chuck Grassley (R-IA) began to ask questions.  Pork is very important to Grassley because Iowa is the largest pork producer of pork in America.  According to the National Pork Producers Council,over 63,000 Iowans make their living from the pork industry (as opposed to the 535 members of congress who make their living from a different kind of pork).

Grassley wanted to know just who was the swine behind that pigheaded decision, so he sent a letter to  Federal Bureau of Prisons Director Charles Samuel which basically accused him of casting pearls before swine:

"Pork is largely a product of the United States that provides tremendous economic benefit to the country along with being an economical food.  For that reason alone, it doesn’t make sense to eliminate it from prison meals, but to spend taxpayer dollars surveying prisoners about what they did or didn’t like about the meals they were being served seems completely backwards.

He also demanded to see the survey:

"To corroborate the validity of the claim that prisoners indicated a lack of interest in pork products, I am requesting copies of the prisoner surveys and responses that were used to support the determination to no longer serve pork in federal prisons."

Mr. Samuel must have thought that he would turn over that survey when pigs fly, and possibly began sweating like a pig because when he got the letter on Thursday, he immediately overturned the week-old decision and put pork back into the prison menu.

The announcement put Grassley in hog-heaven. But, he still wasn't satisfied and issued a statement wondering why the prison system went whole hog wasting money on a prisoner survey

Grassley issued a statement later Friday afternoon praising the move while saying he still has concerns: "The decision by the Bureau of Prisons to completely remove pork from its menus was ham-handed at best. I appreciate the quick decision after my letter to the bureau to keep pork products on prison menus. ...  But, there are still questions about how the original determination was made and the cost of conducting the surveys."

But, the Washington Post says all is not well in the sty. They are reporting the prison system's only bringing back one type of pork meal Pork roast.

MRCTV will continue to follow this story, but based on the initial response---to immediately reverse the decision--- it doesn't seem that Senator Grassley will find that getting ahold of the survey will be as easy as  stealing acorns from a blind pig