Christie’s Final Answer Sends Him Through the Roof on Google 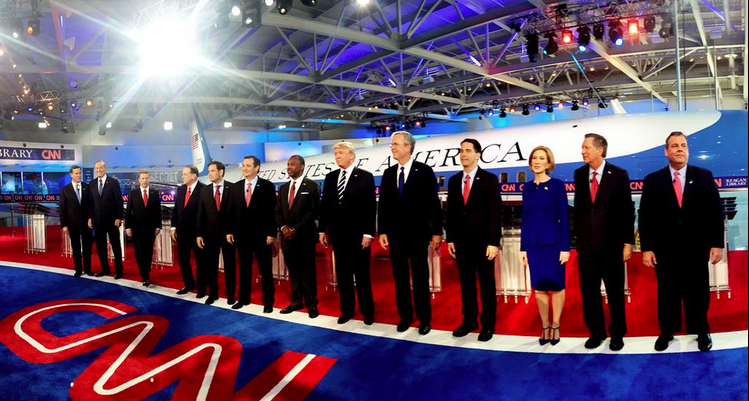 “If you’re elected president, how would the world look different after you leave office?”

“Google's interactive replay of searches of the candidates throughout the debate showed Christie, the governor of New Jersey, hovering in the lower tier of the 11-person field throughout the debate, and, toward the end, at the second-to-last spot. Then, when he gave his final answer, he surged to first place.”

The graph above shows the evolving search trends as the debate night unfolded, with New Jersey governor Chris Christie in first place at the end of the event. 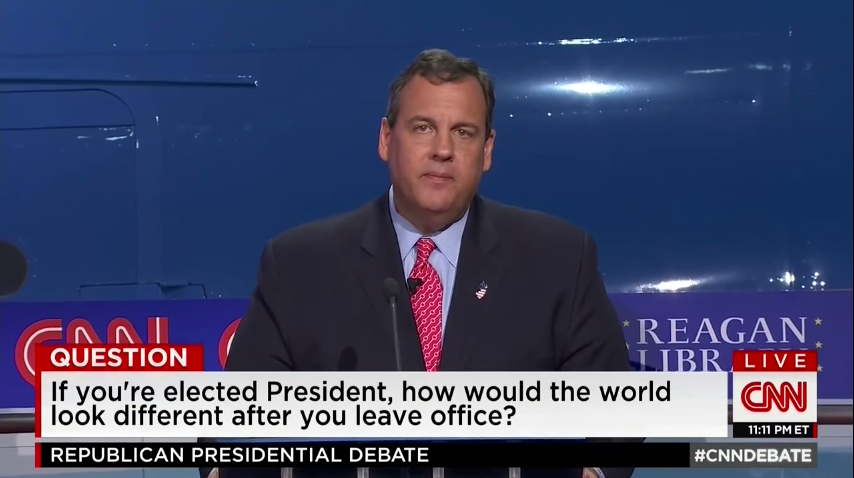 “A Christie presidency won't be about me. It'll be about you. Tonight you sit at home in your living room frustrated that you play by the rules, you pay the taxes, you do the hard things to raise your family, yet you feel like America's generosity is being taken advantage of and that you're turning out to fall further and further behind.”

He continued with a hard line on Iran:

“And I will tell you this, around the world, I will not shake hands with, I will not meet with, and I will not agree to anything with a country that says death to us and death to Israel and holds our hostages while we sign agreements with them.”

“It will be an America that will be strong and resolute,” Christie went on, “and will once again be able to stick out its chest and say, 'We truly are the greatest nation in the world, because we live our lives that way, each and every day.'”

Check out Gov. Chris Christie's closing answer in the video below.