Christie: Hillary Clinton is 'the Real Adversary,’ 'Will Drown Us in Debt’ if Elected 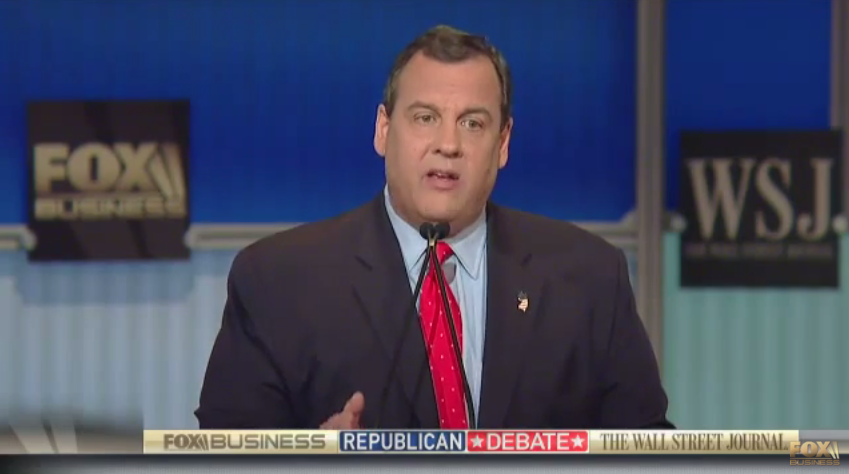 During the GOP primary debate Tuesday night, Republican presidential candidate Chris Christie warned both audience members in the Milwaukee Theatre and viewers at home that, if Democratic candidate and former secretary of state Hillary Clinton succeeds at getting elected the next President of the United States, "she will drown us in debt."

“To the people that are out there right now," Christie began, "I want to guarantee you one thing..."

"If you think that Mike Huckabee won’t be the kind of president who will cut back spending, or Chris Christie, or John Kasich -- wait ‘til you see what Hillary Clinton will do to this country and how she will drown us in debt.”

“She is the real adversary tonight,” he argued.

The New Jersey governor vowed that he would reduce the size of federal government, if elected, by addressing entitlement programs among other issues.

Check out Gov. Christie's remarks in the short video clip below.