A student at a private middle school who accused her classmates of forcibly cutting her hair in a racially-charged attack is now admitting she made the entire incident up.

Twelve-year-old Amari Allen had accused three of her fellow sixth-grade students at Immanuel Christian School in Springfield, Virginia, of holding her down and covering her mouth while cutting off her dreadlocks. The girl’s family even went as far as to file a police report and demand her accused assailants, all allegedly white boys, be criminally charged with assault and expelled from the school. The story went viral – partially because the media were quick to seize on the fact that Karen Pence, wife of Vice President Mike Pence, teaches art at Immanuel Christian. Progressives quickly pounced on the little detail, snidely accusing the Second Lady of contributing to a bigoted and racist environment at the school. News outlets ran wild with the tale, reporting it as undisputed fact. 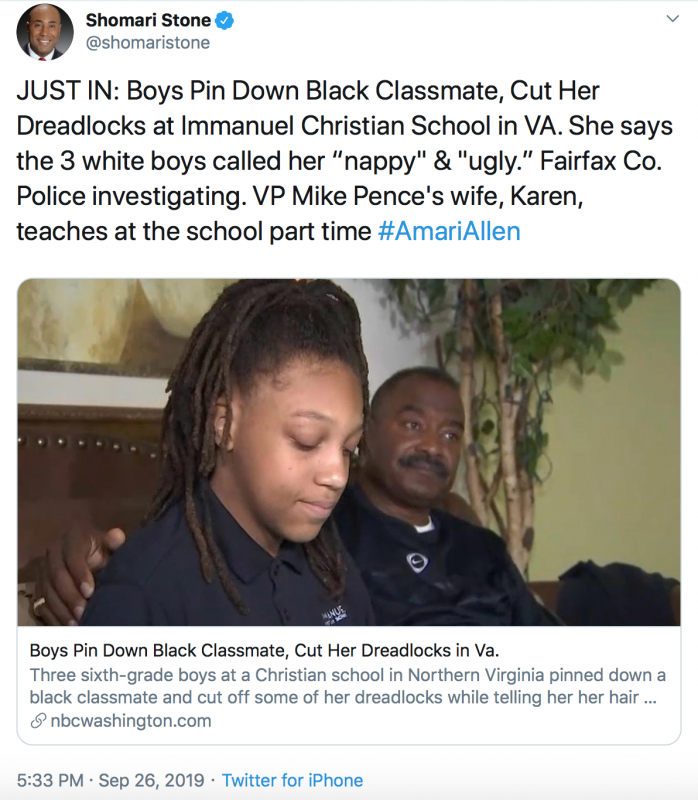 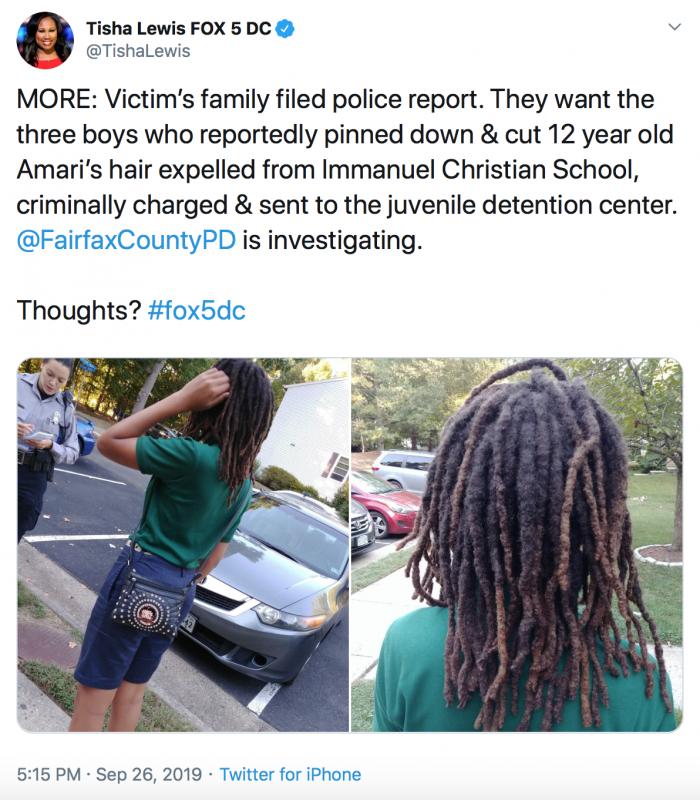 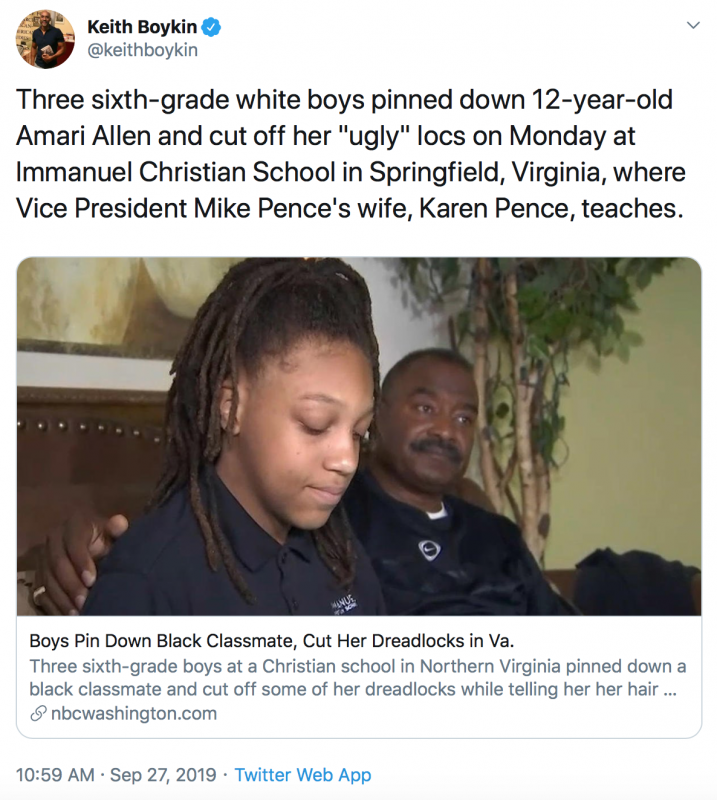 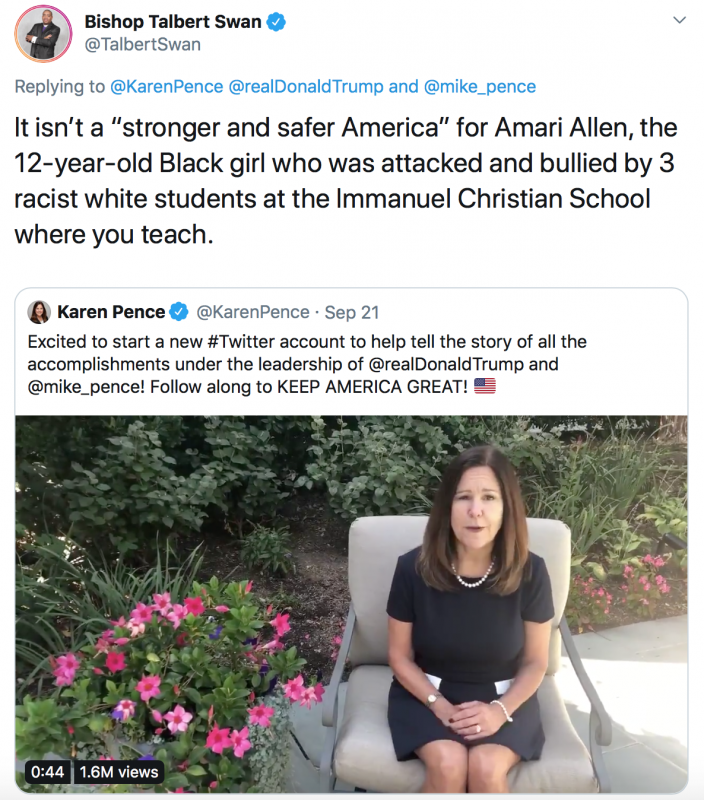 But skeptics were quick to point out a few glaring holes in Allen's story – namely that she claimed she was going down a slide on the school’s playground when the boys attacked her, covered her mouth, and dragged her off to cut off her hair, all of which supposedly happened without a single faculty or staff member noticing. The girl’s family also claimed they didn’t know about the incident until a couple days later, when her grandmother noticed that her hair looked “different.”

Following a thorough investigation by both the school and the local police, it was revealed what anyone with half a brain already suspected – that the girl had made the entire story up.


To their credit, the family issued a detailed apology on Monday.

“To those young boys and their parents, we sincerely apologize for the pain and anxiety these allegations have caused,” the grandparents wrote in a statement. “To the administrators and families of Immanuel Christian School, we are sorry for the damage this incident has done to trust within the school family and the undue scorn it has brought to the school. To the broader community, who rallied in such passionate support for our daughter, we apologize for betraying your trust.”

“We understand there will be consequences and we’re prepared to take responsibility for them,” the statement continued. “We know that it will take time to heal, and we hope and pray that the boys, their families, the school and the broader community will be able to forgive us in time.”

No such apologies have yet been issued by the countless "progressives" who used Allen's claims to attack the school, its white male students, or Karen Pence.

And we're not holding our breath.