A beautiful memorial celebrating “American Sniper” Chris Kyle was unveiled on Wednesday in his hometown of Odessa, Texas.

The Memorial Plaza and its 15-foot-tall statue stands adjacent to the local veterans’ clinic.

Congressman Mike Conaway (R-Tex.) and country singer Larry Gatlin were among many who attended the big reveal.

Kyle’s widow Taya spoke at the event in honor of her late husband.

The Odessa Chamber of Commerce, which spearheaded the project, explained that while the monument is “centered around honoring Chris,” the site was designed to also honor “his unmentioned team members and all those other unnamed SEALS that gave their lives for our country.”

“When you look at the plans for the overall site, you will see that it initially appears as one open plaza with the sculpture of Chris in the center,” writes the Odessa Chamber of Commerce. “However, upon careful inspection, you will see that it will actually be 3 plazas, interlinked, with the sculpture of Chris in the central plaza. He will be flanked on either side by individual plazas that represent his unmentioned team members and all of those other unnamed SEALS that gave their lives for our country.”

Taya Kyle said in a statement, “The goal is for the setting to be a healing and peaceful place for veterans and their families receiving care at the medical center, and those citizens who want to stop by and take a moment in honor of Chris and all those who serve."

Check out more pictures of the memorial below. 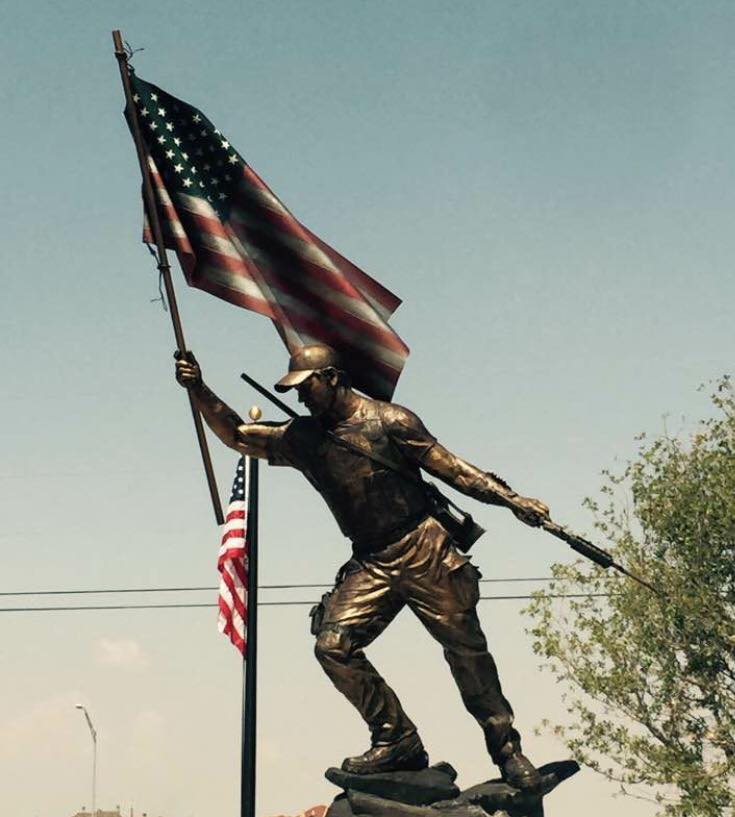 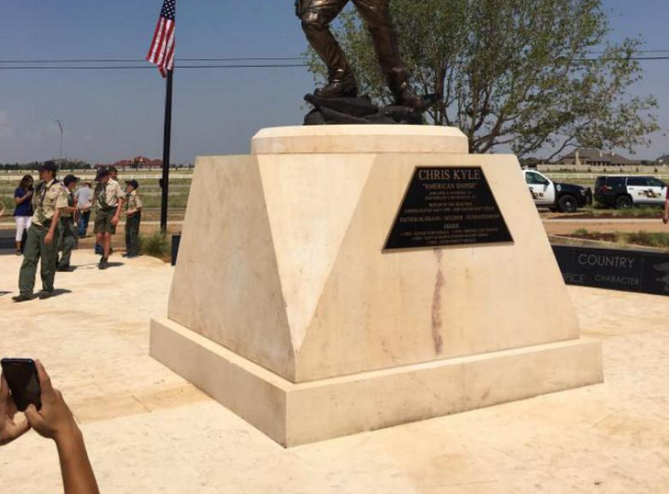 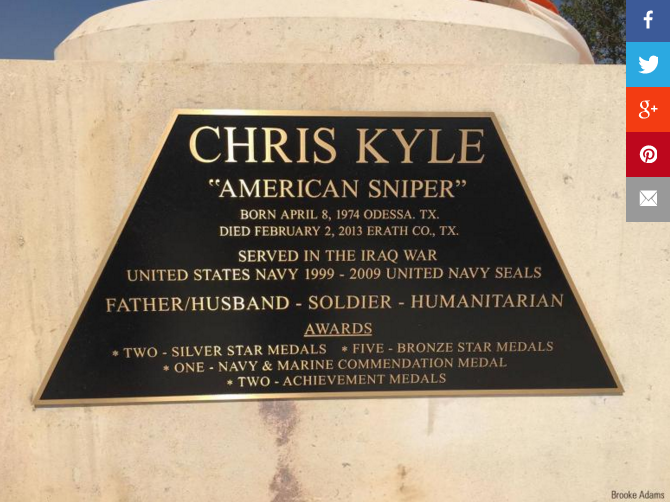