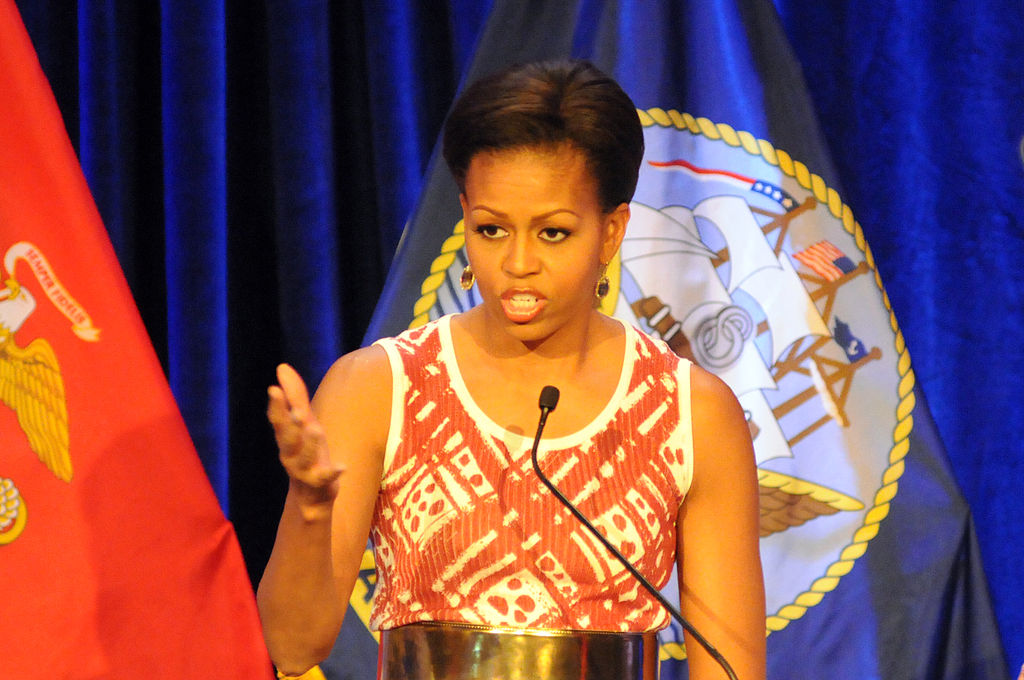 First Lady Michelle Obama certainly does love to tout her successes. However, is her “Let’s Move” campaign to combat obesity really that successful?

Last Friday, Obama spoke at a Partnership for a Healthier America event where she humble-bragged about how America’s children are now healthier because of all the participation in her “Let’s Move” initiative.

You know the one I’m talking about. It’s the one where a lot of kids tweet pictures of their disgusting or lackluster school lunches that have changed since the initiative took place, along the hashtag, #ThanksMichelleObama. You know, like this one: 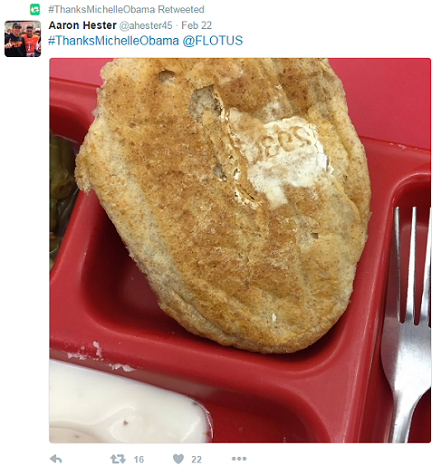 Don't worry. We don't know what that is supposed to be either.

Obama remained very modest in her assessment of how successful the program has been:

So according to the Obamas, when it comes to people’s small businesses, “You didn’t build that.” But when it comes to being forced by the First Lady to essentially eat less meat, she didn’t do it -- you did!

But the statistics aren't really backing up the Nutritionist-in-Chief's path toward encouraging youth to be healthier.

In a research journal released in May simply titled “Obesity,” researchers from Duke University, the University of North Carolina and Wake Forest came out with a study called “Prevalence of Obesity and Severe Obesity in US Children, 1999-2014.”

There were four weight categories in the study measuring health risks in children ages two to 19: “Overweight,” “Class I Obesity,” “Class II Obesity” and “Class III Obesity.” According to the U.S. National Library of Medicine, obesity is measured using the Body Mass Index, which calculates a person’s percentage of body fat and correlates the percentage to a class of weight. Here are the class distinctions:

Now that everyone is up to speed, here are the actual numbers.

However, the media only focused on one number in order to sing the praises of the First Lady. The New York Times had an entire article based on the one stat that would make the “Let’s Move” program look good: that the obesity rate in children ages two to five has seen a 43 percent drop in the last decade.

It’s a start, but how does that negate the fact that obesity among children overall has increased over time?

I'm all for people eating and living healthier, but facts are facts. You cannot cherry-pick certain positive aspects about something in order to ignore the overall negative impact. Although, that seems to be what the media is exceedingly good at.

Mrs. Obama even commended the fast food industry for their efforts to make their food healthier. You know, for the children.

And I really want to emphasize that last point about culture change.  See, it’s no accident that fast-food places are now serving apples and skim milk in their kids’ meals, or that food and beverage companies -- including many in the room here today -- have cut 6.4 trillion calories from their products and are racing to stock grocery shelves with healthier options.  These companies are simply responding to rapidly changing consumer demands.  And that change is happening more quickly than we could have ever imagined.

While the fast-food chain McDonald’s has seen a recent increase in sales, it is not due to a healthier menu. What could it be, you ask? All day breakfast!

Actually, McDonald’s sales decreased during the time that the chain focused on making their menu “healthier.” When McDonald's CEO Steve Easterbrook came onboard a little over a year ago, he decided to change the company's health-conscious direction that simply was not working. Now with the addition of the Buffalo Bacon burger, the Buttermilk Crispy Chicken Sandwich and, of course, all-day breakfast, people are coming back to McDonald’s.

Eating less fatty foods is a great way to stay healthy, but the First Lady needs to realize that sometimes, people just want a burger from a burger place.

When it comes down to it, people and children want what they want. The First Lady can dangle a carrot in front of everyone’s face as much as she wants, but when you go about it in a dictatorial fashion, people will rebel.