In a now-deleted tweet, the Chicago Teachers Union inexplicably alleged that calls to bring back in-person learning for public school students are “rooted in sexism, racism and misogyny.”

On Monday, the Union has filed a request for an injunction to stop in-person learning, scheduled to resume on January 11, demanding that the city meet a slew of expensive demands before allowing students to return to the classroom – including testing and upgrading the air ventilation systems in all 500 district-run school buildings, implementing testing strategies, and putting in place a whole host of safety measures like PPE and masks, hiring more custodians, mandating social distancing and reducing class sizes. The request followed this tweet, where the union alleged that opening schools for students to return to the classroom is somehow racist and sexist.

“The push to reopen schools is rooted in sexism, racism and misogyny,” the union tweeted, before quickly deleting the post in the face of overwhelming backlash. 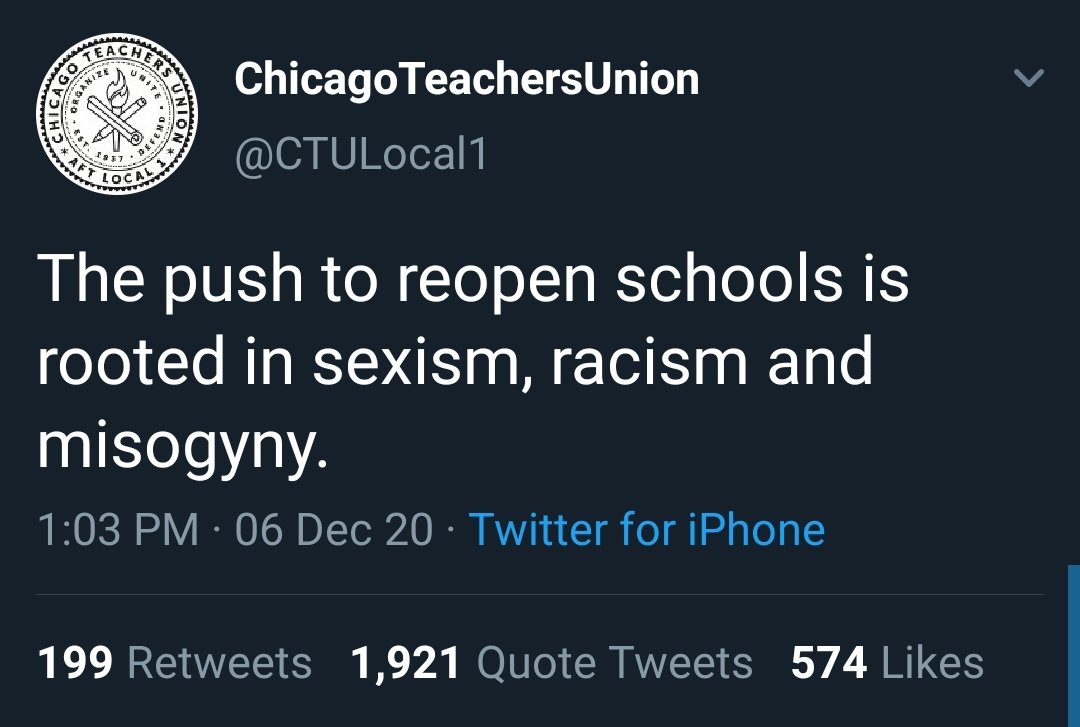 Contrary to this wild and baseless accusation, Chicago, like many urban school districts that have gone almost entirely virtual since the end of last school year, have struggled with falling grades and low attendance among students attending all-virtual learning, particularly among low-income and minority students, as well as those with learning challenges. Attendance among black students has dropped a full five percent since last fall, the Chicago Tribune reports.

The news outlet also added that grades have fallen across all demographics, but particularly among black and Latino students, writing:

While the trend holds true for all students, African American and Latino students, the most likely to live in neighborhoods that have dealt with the city’s highest COVID-19 rates, had the largest increases in failing marks for reading and math, according to data provided by the district.