Taking it upon themselves to stop the hate and change the ongoing narrative of contempt for the police, Chicago residents put up ribbons to show their support for our men and women in blue uniform.

Protests across the country, the execution of two cops by a civilian, and a number of attempted killings such as an attack in Florida on two cops just last weekend have police officers feeling disheartened and fearing for their safety.

Following the Michael Brown and Eric Garner grand jury decisions, police officers have been “under attack” by persons calling for justice, advocating against what they deem “police brutality,” CBS Chicago reported.

A group of Chicagoans from the Mt. Greenwood area gathered to tie large blue ribbons on trees lining their neighborhood streets to display their appreciation for their local police officers. 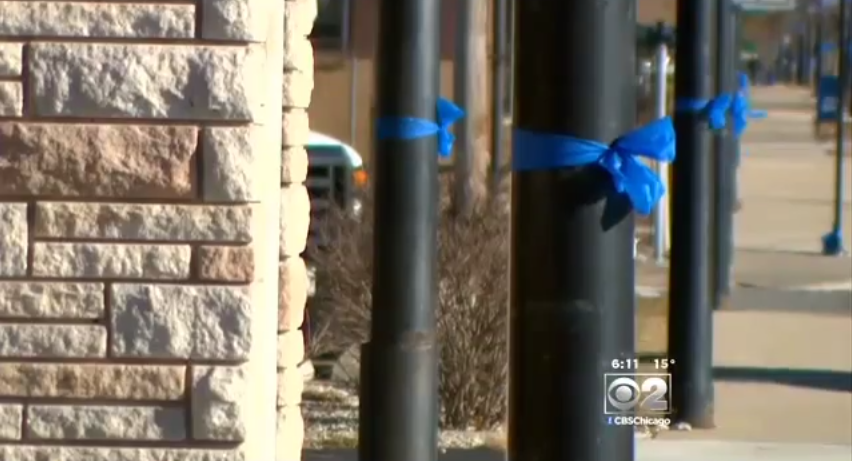 “Supporters say they want their local officers to know that neighbors may not always say it, but they’re thankful for the men and women who put themselves in harm’s way everyday,” CBS explained.

A Chicago resident and wife of a police officer told CBS, “In good times or bad, police officers need support from the community they live in.”

“There’s so much negativity toward police officers,” she said. “It hits home.”

Feeling betrayed by its city’s governing leadership, tensions in New York City between the NYPD police community and the mayor remain high.

Just this past Monday, Mayor Bill de Blasio was booed on stage at Madison Square Garden while congratulating 854 newly-minted NYPD officers upon their graduation.

Now, according to the New York Post, police are protesting de Blasio’s administration by refusing to work. Arrests are reportedly down 66-percent.