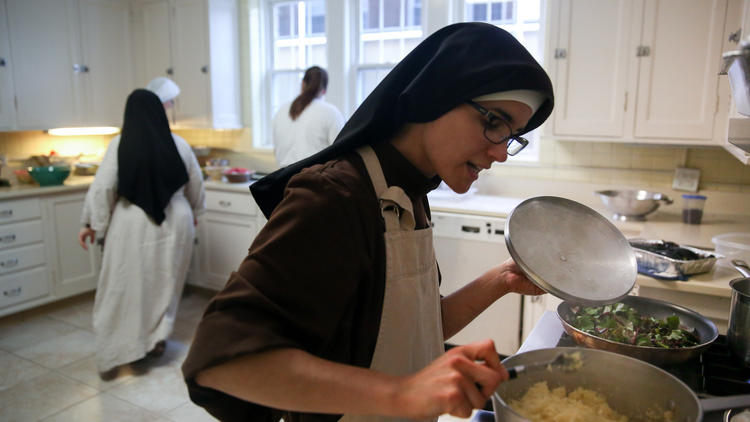 Sister Alicia Torres, a 30-year-old nun from Chicago, took home the first-place prize on the Food Network’s hit show “Chopped” in a special Thanksgiving episode that aired Monday night, out-cooking three other chefs to secure a $10,000 cash reward for Mission of Our Lady of the Angels. The charity provides homeless people in the Humboldt Park community with home-cooked meals.

From the Chicago Tribune’s report:

[Torres] said she has not entertained offers to host her own cooking show. But she does know that whatever the future holds, it "will be for God's glory and to help serve my brothers and sisters here on the West Side and wherever God calls me to serve."

"Perhaps being on national TV and winning this competition will bring some attention to the issue of hunger and to the reality that God's love is so strong and so big, he can take this little nun from Chicago who never went to culinary school to compete. ... Literally nothing is impossible with God."

On the show, Torres brought down the house with her Mexican quesadillas, following them up with a Mediterranean-style entree made with curry turkey, a sweet potato cranberry hash and a dipping sauce of goat cheese and green beans.