During the France terror siege Friday, the gunmen responsible for the Charlie Hebdo attack in Paris held hostages and announced that they sought to “die as martyrs” for their cause.

Pro-gun control singer Cher tweeted out her curious opinion about what terrorist response ops should do in such a situation. 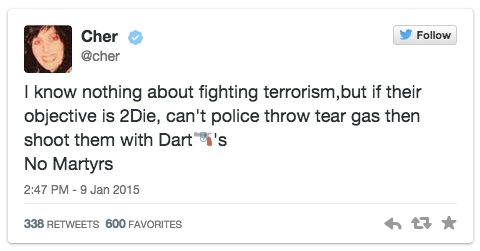