Cher Goes Nuts on ‘Vladamir Trump’: ‘HE MUST BE STOPPED!!’

Think of the most hysterical anti-Trump leftist you know. Then double the intensity, add a few cups of high-octane coffee, boost the vocal volume and shake in a bag of paranoia.

Cher’s tweets are always in full caps and loaded with emojis to bang home the point, which always has to do with America collapsing due to Donald Trump.

On December 6, the entertainer blasted out this:

IM NOT KIDDING….THIS IS THE WAY ALL DICTATORSHIPS START!! HE MUST ME STOPPED!! NO SH*T, IF HE GETS HIS OWN INTEL GROUP THAT DOESNT REPORT 2 “ANYONE” !!

JESUS THE SHIP OF DEMOCRACY HAS SAILED!! I WONT LIVE UNDER “VLADIMIR TRUMP, DONALD DUTERTE.”

Cher is most likely referring to recent reports that The White House and CIA are considering proposals to allow former US intelligence officers to run privatized covert actions, intelligence gathering, and propaganda missions.

Yes, what a terrible idea. Because our existing CIA, FBI, IRS and Deep State are so untouched by bias or political scandal. 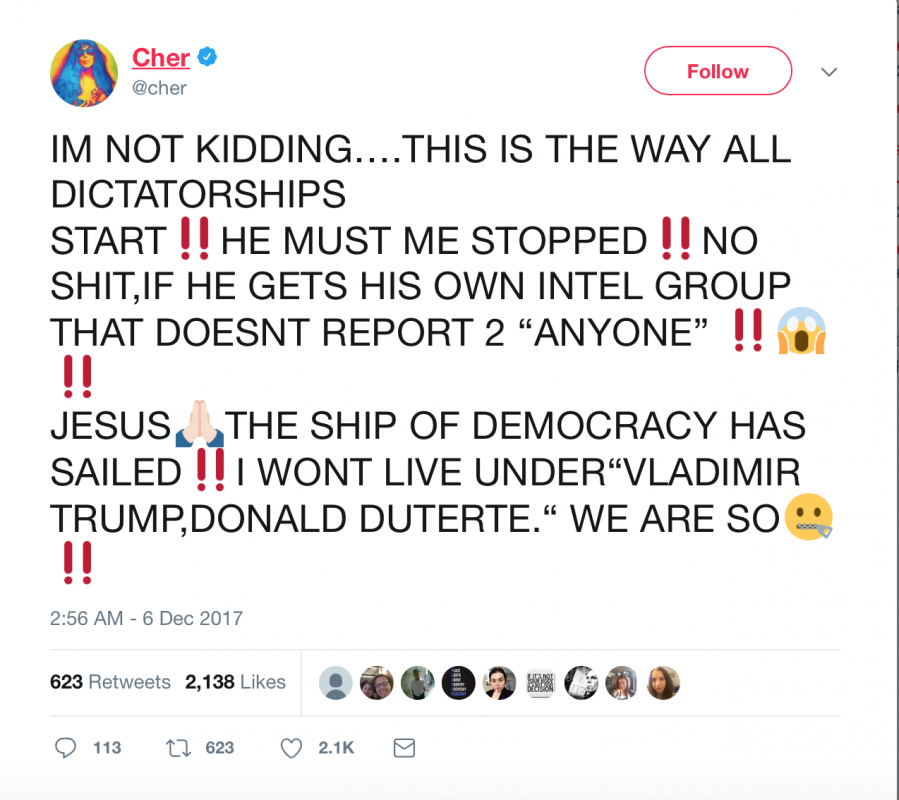