It will probably come as a surprise to you to learn that an actress once semi-famous for starring in an early 2000’s show about witches isn’t also a foreign policy expert.

A true shock, I know.

But alas, it’s true. Rose McGowan, not known for much these days other than having once worn a chainmail “dress” on the red carpet during her brief stint as Marilyn Manson’s paramour (and even that memory has faded), got ratio’d into eternity Friday for tweeting her apologies to Iran on behalf of "52% of [Americans]" for the airstrike that killed one of Iran's top most vile terrorists.

“Dear #Iran, The USA has disrespected your country, your flag, your people. 52% of us humbly apologize,” McGowan tweeted. “We want peace with your nation. We are being held hostage by a terrorist regime. We do not know how to escape. Please do not kill us. #Soleimani” 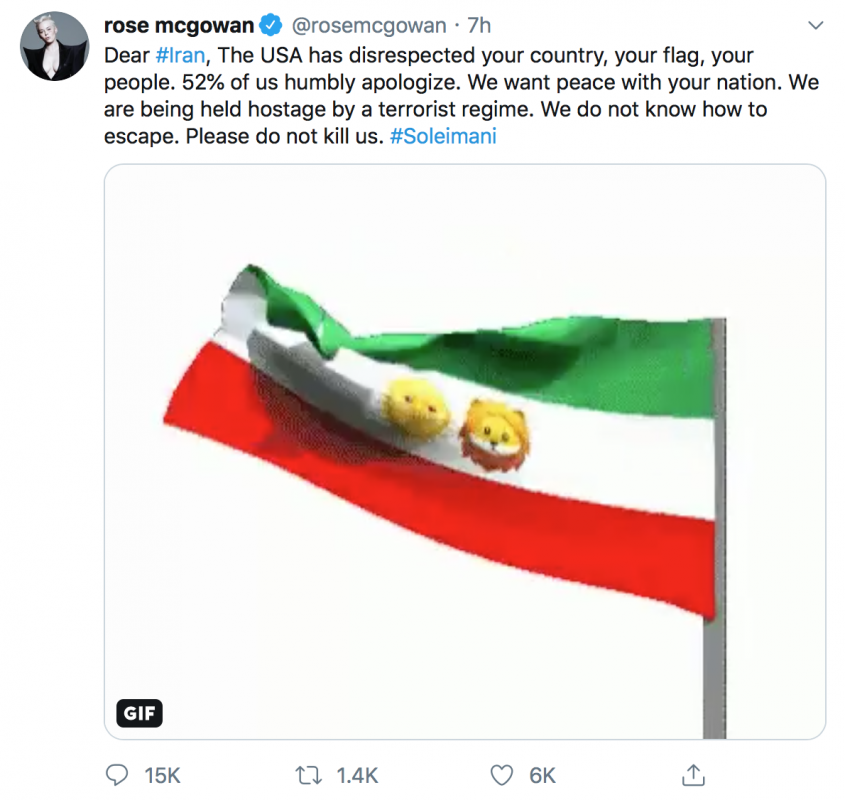 After getting called out for apologizing to a terrorist regime over the death of a terrorist leader responsible for the deaths of countless American soldiers overseas, McGowan doubled down on her ridiculousness, tweeting: 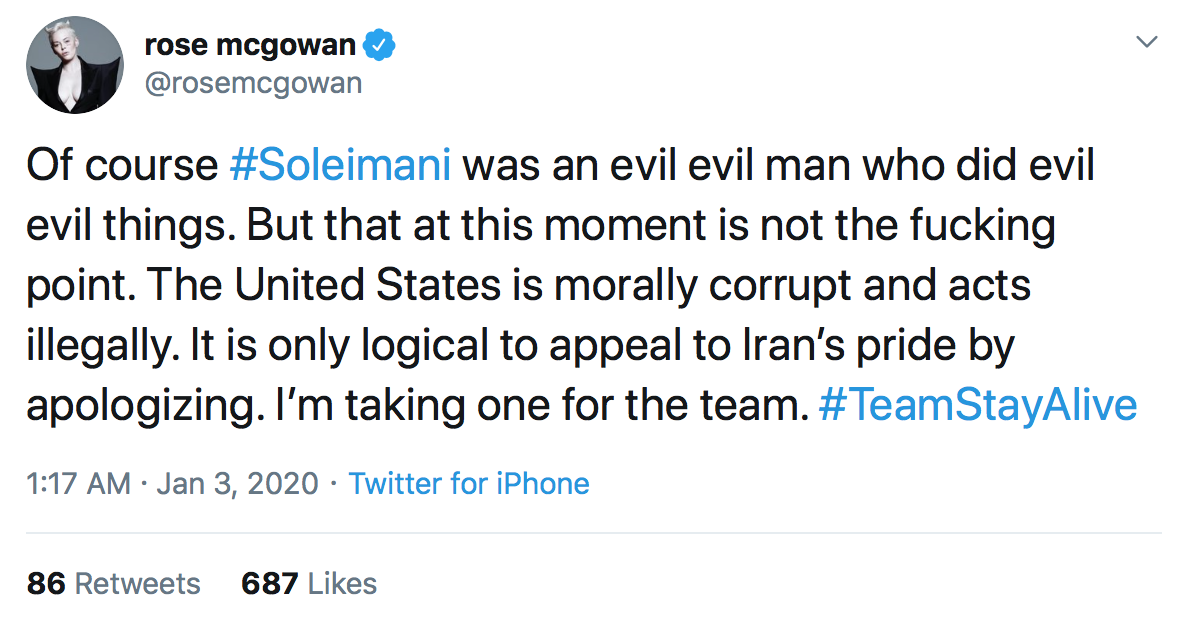 She then managed to one-up that one by tweeting “F*** your freedom” and saying she doesn’t “side with the USA” (despite living here and enjoying its freedoms – including the right to criticize one’s government, a privilege not afforded to those in Iran). 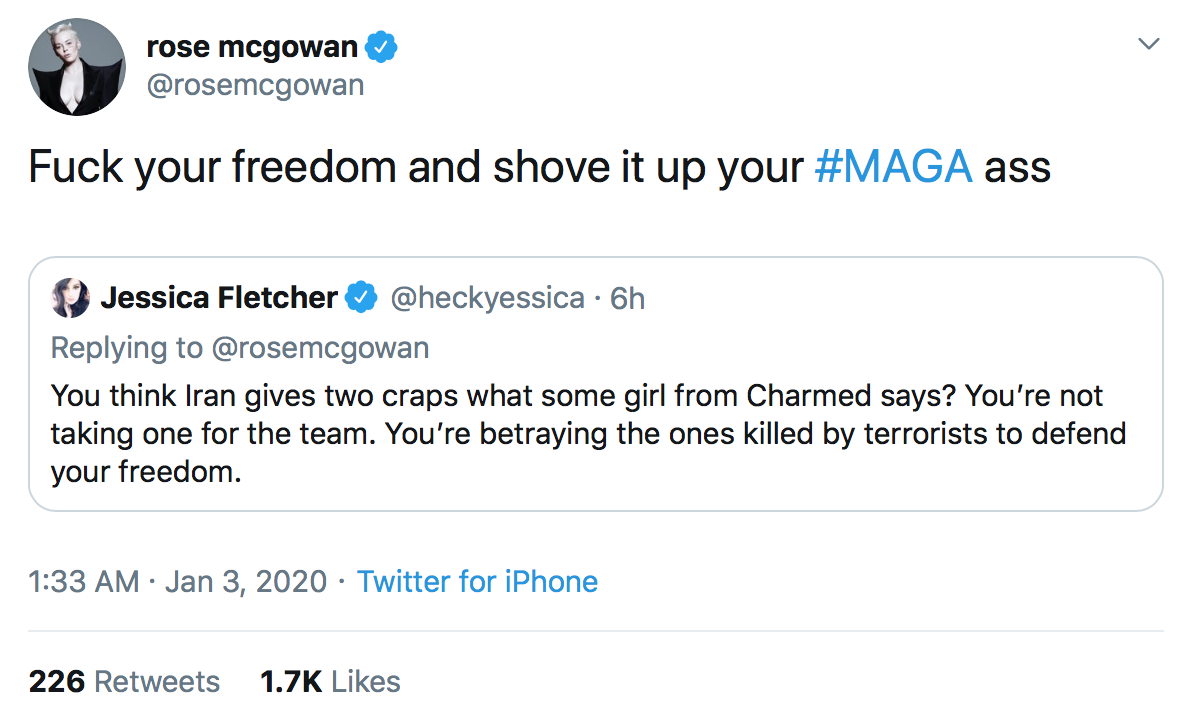 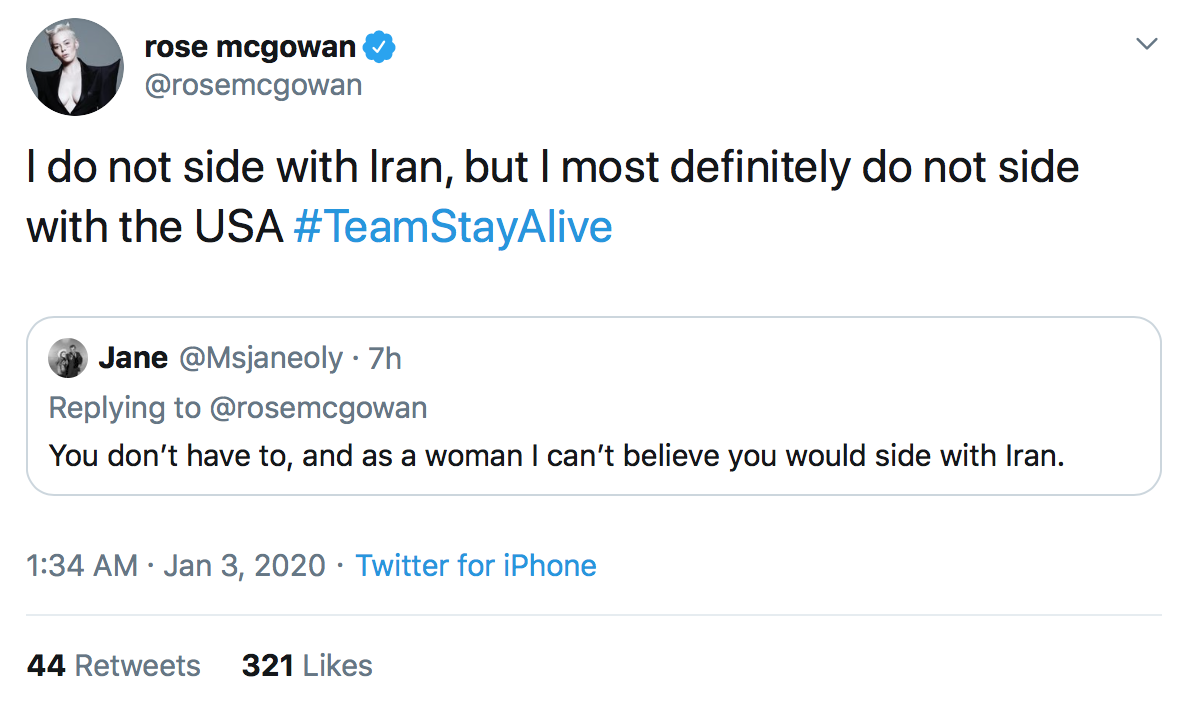