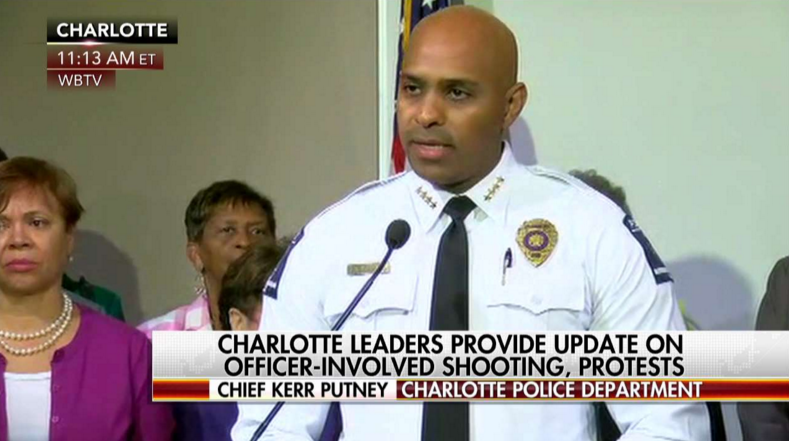 Charlotte Police Chief Kerr Putney announced at a press conference on Friday that the suspect who shot and killed a man during the violent riots in Charlotte on Wednesday has been arrested.

Wednesday night, violence erupted in downtown Charlotte, a second night of unrest after an officer-involved shooting of a black man.

One man was fatally shot. Several were injured, including three police officers.

The officers sustained non-life threatening injuries, one treated for a minor hand injury and the other two for being sprayed by a chemical agent by protesters, Chief Putney told reporters.

Protests continued on Thursday, though relatively peaceful. Chief Putney said there were three arrests that night.

There is a midnight curfew in place in the city of Charlotte.

Putney called the curfew a helpful “tool to help us maintain order.”

The case of Keith Lamont Scott fatally shot by a police officer has officially been turned over to the State Bureau of Investigation.

Check out a clip from Chief Putney's remarks below.