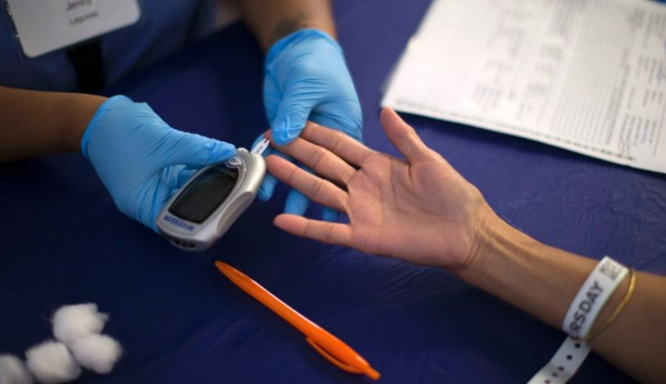 According to a press release obtained by MRCTV, the Centers for Disease Control & Prevention (CDC) launched its first PSA campaign about prediabetes on Thursday to raise awareness and educate the 86 million American adults (more than one in three) currently being affected by the serious health condition.

The campaign launched today and has a simple but strong message: No one is excused from prediabetes.

The good news is that prediabetes often can be reversed through weight loss, diet changes and increased physical activity. Diagnosis is key: research shows that once people are aware of their condition, they are much more likely to make the necessary lifestyle changes.”

American Diabetes Association (ADA), American Medical Association (AMA), and the Ad Council have joined forces with CDC to launch this campaign, which includes TV and radio PSAs both in English and Spanish, a campaign website at DoIHavePrediabetes.org with lifestyle tips and a short online test that Americans can take to learn their risk, and literature on diabetes prevention.

“For the 86 million Americans with prediabetes, we need to communicate a sense of urgency -- that it’s time to take action,” said Ann Albright, director of CDC’s Division of Diabetes Translation. “By participating in a CDC-recognized diabetes prevention program, people with prediabetes can learn practical, real-life changes and cut their risk for developing type 2 diabetes by 58 percent.”

“I think the scary thing is that this really touches everyone – 1 in 3 could be your brother or sister, your best friend or partner,” said Lisa Sherman, president and CEO of the Ad Council. “Our hope is that this online test and other campaign materials make it easy for people to know where they stand, and will motivate them to take steps to reverse their condition.”

According to the most recent statistics from the ADA, cases of diabetes and prediabetes are on the rise.

Based on the most recent data (2013), diabetes remains the seventh leading cause of death in the U.S.