Now there is some data to back up the anecdotes about drunken politicians and reporters. A recently published analysis reveals that Washington, D.C. has the highest rate of heavy drinkers and binge drinkers in the United States.

Detox.net, a website for those suffering from alcoholism, analyzed data from the Center for Disease Control and Prevention about drinking habits. Detox.com found that Washington, D.C. has the highest percentage of heavy drinkers in the nation, with 11.1 percent qualifying as heavy drinkers. According to Detox.net, a “heavy drinker” is defined as a man who has two drinks daily and a woman who has one drink daily. 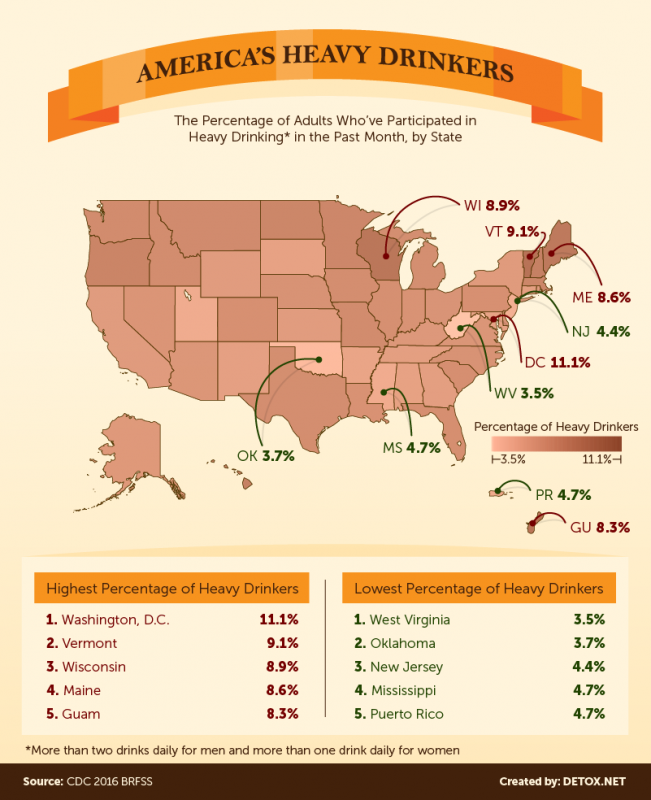 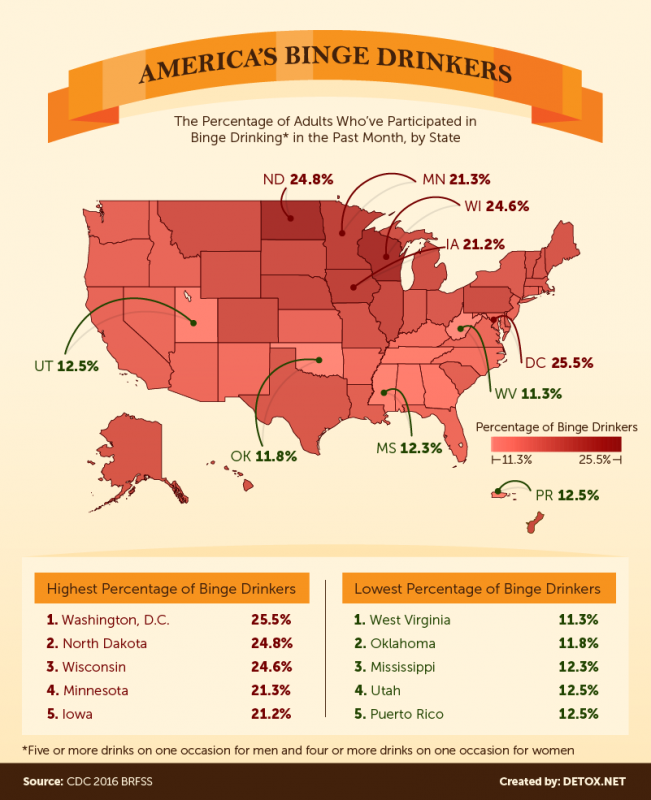 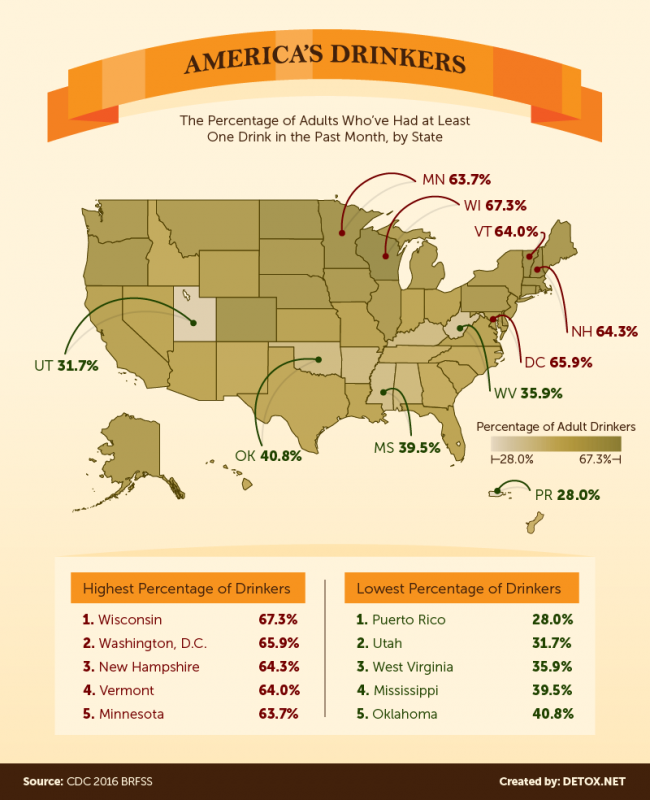 The Washington, D.C. numbers should not be surprising. In May, a study by neuroscientists in collaboration with the London Press Club discovered that the brains of journalists function at a lower level than the brains of other people, partially due to excessive alcohol use.