A CBS reporter took to Twitter Friday to blast a GOP congressman who put himself in harm’s way to barricade a door against a group of rioters because he wasn’t wearing a mask.

And yes, this is 100 percent real, and she’s dead serious.

“The other thing that really gets me about Wednesday is that my colleagues and Capitol staff were exposed to the virus that has killed nearly 400k Americans not only because the violent rioters were maskless but because some lawmakers also refused to wear masks in close quarters,” CBS News Political reporter Grace Segers fretted on Twitter.

She then added, “Congressman Markwayne Mullin was one of the lawmakers who bravely helped barricade the doors to the House chamber. But according to video obtained by @PunchbowlNews, he was not wearing a mask, and even appeared to decline one when another lawmaker was handing them out.” 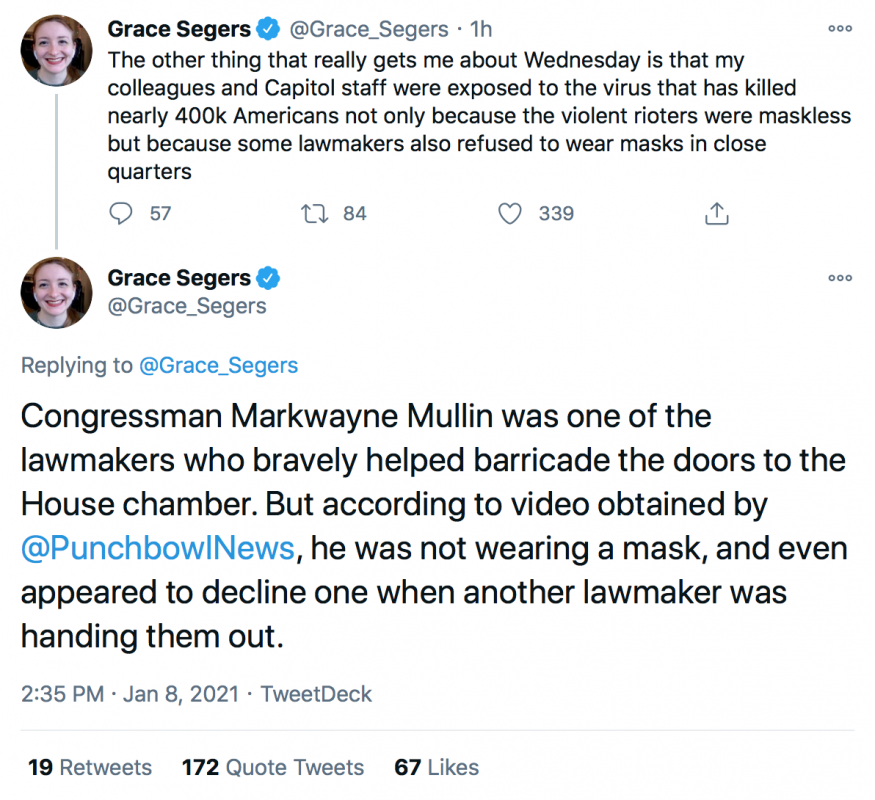 To those who might not know, she's referring to an Oklahoma congressman who can be seen in several photos from the scene Wednesday helping stack furniture against the door of the House chamber after rioters breached the building and began trying to break into the room. Here he is: 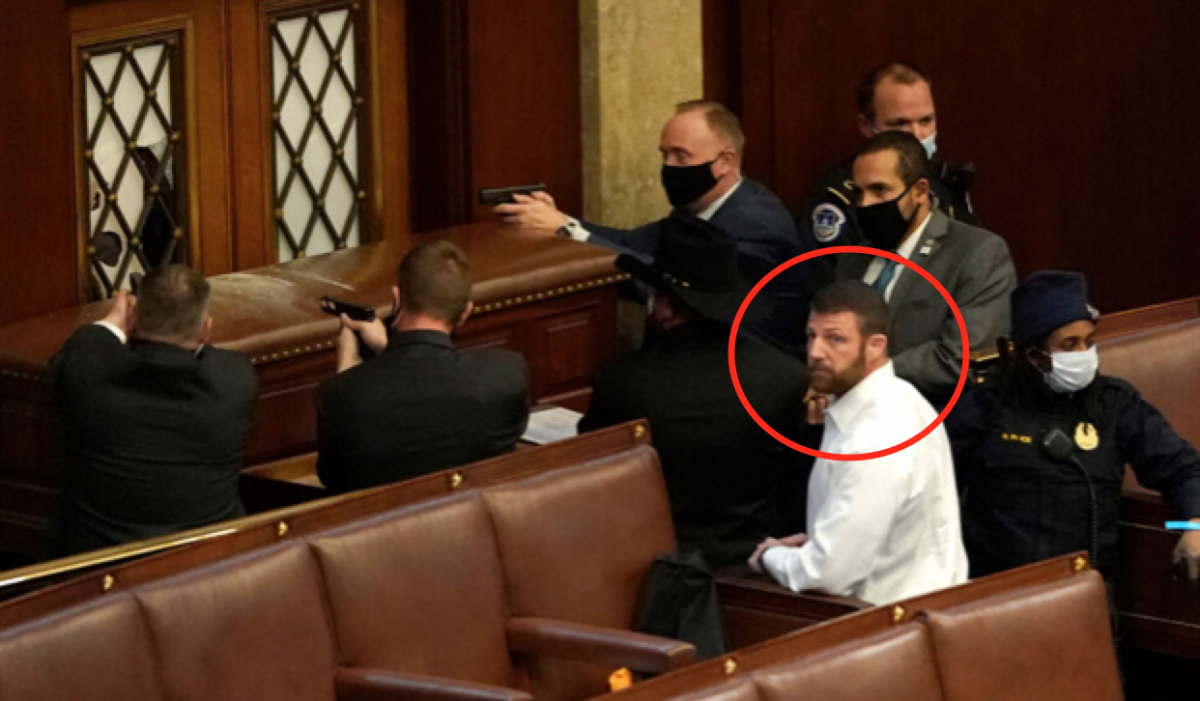 So, to recap what we’ve learned, here we have a man who place himself in the line of fire – possibly literally, as he didn’t know what stood outside the door – and helped block the doors while people like Segers stood back and watched, shaking in her pumps,  she's upset because he wasn’t wearing the appropriate face diaper while defending her against an immediate and potentially deadly threat.

As if things couldn't possibly get any more stupid.