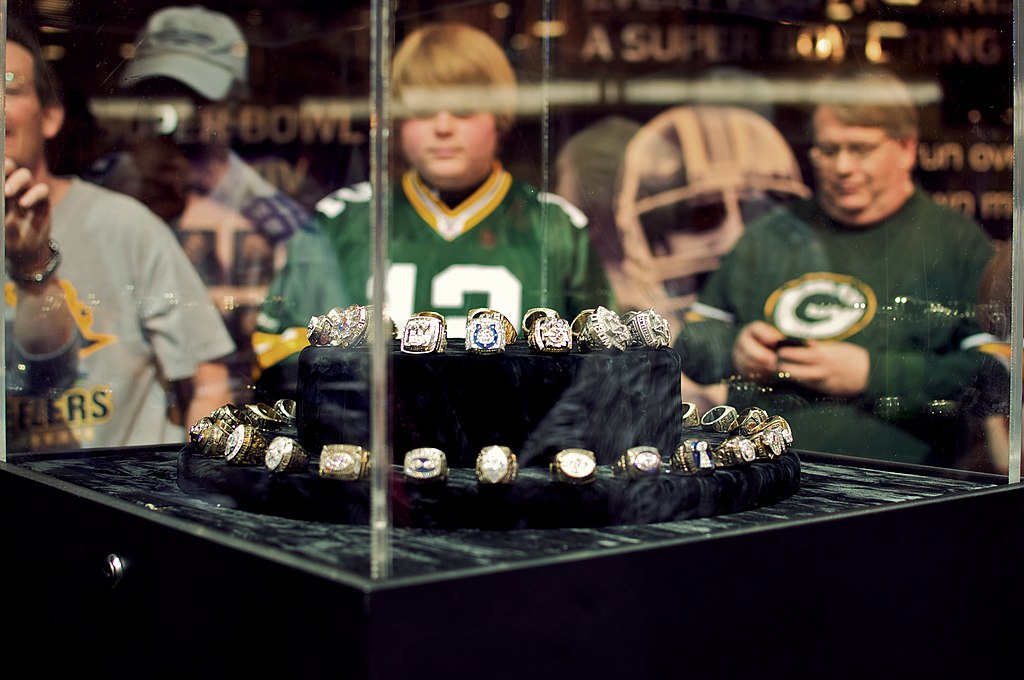 These rings will make you feel like you just won the championship…well, almost.

CBP officers discovered the rings while conducting consignment facilities operations.  NFL representatives confirmed the findings, indicating that the rings were a poor attempt to duplicate Super Bowl images and hand tags. “Seizing counterfeit merchandise is one of the most important missions of U.S. Customs and Border Protection,” said Miami/Tampa Field Office Director of Field Operations Diane J. Sabatino.  “Not only are our officers protecting businesses from significant financial loss, but the public from serious health and safety threats.”

The CBP also reported on the Detroit case:

In all, the counterfeit rings displayed the names and logos of several teams such as the Dallas Cowboys, Pittsburgh Steelers, New York Giants, Oakland Raiders, New Orleans Saints, and New York Jets.  The shipment also included rings for the Chicago Blackhawks and the Boston Red Sox.

CBP continues to devote its efforts and resources to target, intercept and seize shipments of commodities that violate trade laws. Through tireless efforts, CBP officers and import specialists conduct these operations to stop shipments containing counterfeit and pirated items.

Replica rings can be found online for a fraction of a fraction of the price. Granted there are no real diamonds in them, but it would take out the risk of Customs nabbing your purchase.

All in all, if you want to sport a championship ring, don’t order it from China.

Or, you know, you could try and win one.