Caught on Video: Nashville Officer of the Year Assaulted 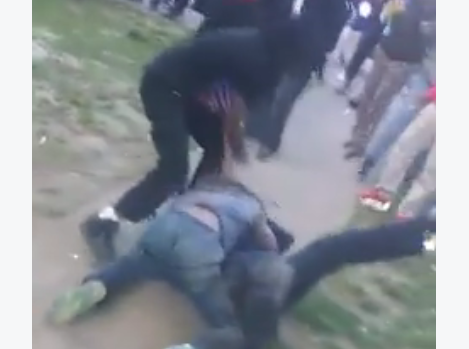 In a story the liberal media probably won't cover, the 2015 Nashville Police Deparment’s “Officer of the Year” was attacked on Tuesday, and all of it was caught on video.

Officer Matthew Cammarn was patrolling a neighborhood when he witnessed a woman being assaulted. Cammarn attempted to arrest the individual, but the arrest was preempted when 22-year-old Brian Shannon attacked the officer.

The video was uploaded to Facebook and quickly went viral.

Nashville’s government website posted what exactly happened during the altercation, according to the police report:

Just after 6 p.m. tonight, Officer Cammarn saw Shannon assault a woman on S. 7th Street near Sylvan Street.  Officer Cammarn approached Shannon, who aggressively walked up to the officer.  Cammarn told Shannon to put his hands behind his back and attempted to take him into custody.  Shannon pulled away, grabbed Cammarn and pulled him to the ground.  While actively fighting and swinging his fists at Officer Cammarn on the ground, other persons in a crowd pulled and pushed Cammarn in an effort to free Shannon.  Others stood by recording the assault on their cell phones.  Shannon got up and took off running to S. 6th Street, where he was taken into custody.

According to the Nashville’s government website, Cammarn was named NPD’s “Officer of the Year” after saving the life of a 17-year-old gunshot victim.

The New York Daily News reported that Officer Josh Hausman was stabbed in the hand just the day before in the same development.

The Mayor of Nashville Megan Berry shared her official statement on Twitter: 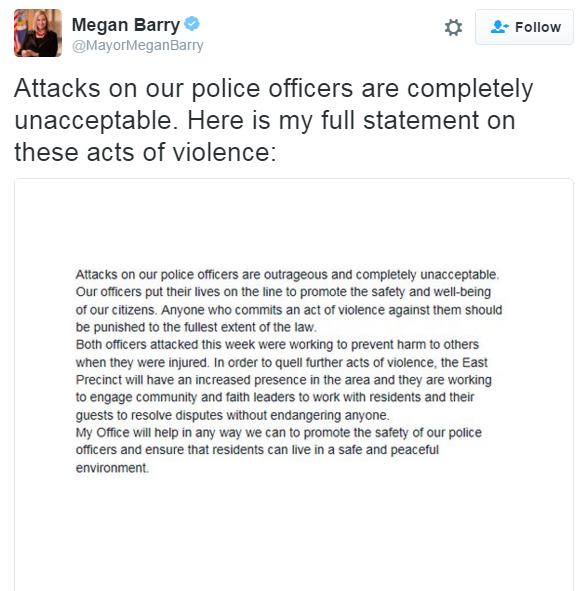 You can watch the video of the assault below (WARNING: contains graphic language and violence):