Carson: ‘We Will Not Solve’ America's Problems ‘By Destroying Each Other’ 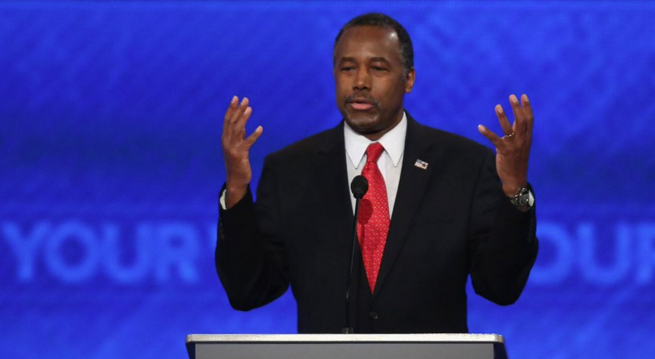 During his opening statement at the CNN Republican presidential debate in Houston, Texas Thursday night, candidate Ben Carson took the opportunity to remind his fellow contenders that attacking one another will not solve the issues facing America today.

"Americans know that our nation is heading off to the abyss of destruction," said the retired neurosurgeon, "secondary to divisiveness, fiscal irresponsibility, and failure to lead."

“We will not solve any of these problems by destroying each other,” said Carson. “It’s not about us. It’s about the American people.”

GOP candidates, particularly Texas Sen. Ted Cruz and real-estate mogul Donald Trump, have been making headlines recently for attacking one another's record and personal character, drowning out real discussion of the issues that concern Americans the most.

Listen to a portion of Dr. Carson's statement below.