Carson: I ‘Absolutely Would Not' Vote for a Muslim for U.S. President 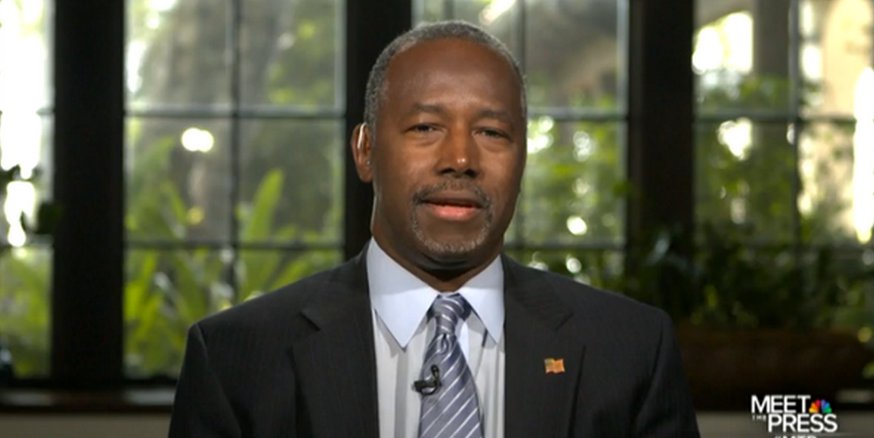 Republican presidential candidate and retired neurosurgeon Ben Carson said that he “absolutely would not” vote for a Muslim for president of the United States. On MSNBC’s “Meet the Press” Sunday morning, he argued that Islam is "inconsistent with the values and principles of America."

When asked whether the faith of a presidential candidate matters, Carson replied, "I guess it depends on what that faith is.”

"Do you believe that Islam is consistent with the Constitution?" MSNBC host Chuck Todd asked Carson.

"No I do not,” Carson replied.

“I would not advocate that we put a Muslim in charge of this nation. I absolutely would not agree with that."

Carson added that voting for a Muslim for a position in Congress "is a different story," dependent upon who that person is and whether his or her values and policies "elevate this nation."

President of the United States