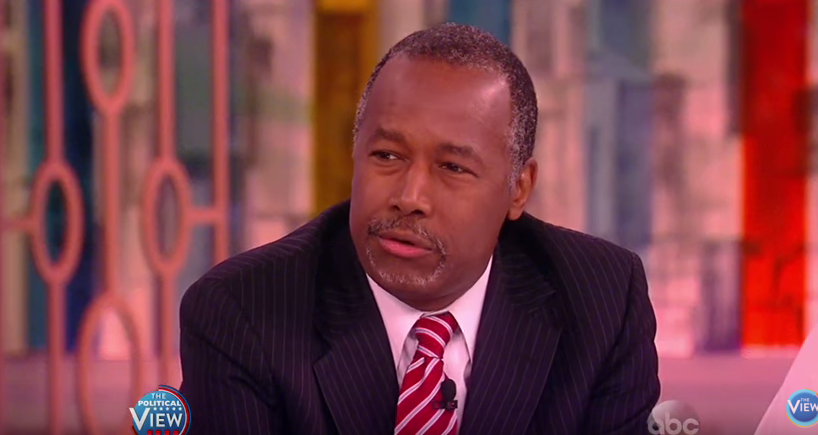 Co-host Whoopi Goldberg repeatedly asked Carson how he could choose to endorse Trump, a "racist" who attacks his opponents and degrades women.

“When you’re very nice, you’re very respectful, you talk about the real issues… Where does it get you? It gets you where it got me. Nowhere, O.K.?” said Carson.

“That’s how Hitler got in,” Goldberg interjected.

“But what we have to do is recognize… We the people are largely responsible,” Carson went on. “We have to be willing to stand up for what we believe, because politicians will respond to that.”

He insisted that, while he does not agree with everything Trump has said or done, supporting Trump is the best option to push back against the political establishment running Washington, D.C.