Manadlorian actress Gina Carano posted a humorous meme questioning the election results over the weekend – and the left went nuts.

It seems you just can’t have a Hollywood celebrity that disagrees with the left, even in a humorous fashion.

As The Blaze reports:

Of course, the left can’t meme and immediately freaked out and called for her career to end.

Not all of the internet was filled with hate for Carano, as some users tweeted their support.

Drummer Boy tweeted, “Especially love to see your courage isn’t limited to the characters you play. I hate seeing the negativity being directed at you though as it is so undeserved. If as a nation we can’t respect opposing viewpoints and discuss them rationally, were (sic) doomed.” 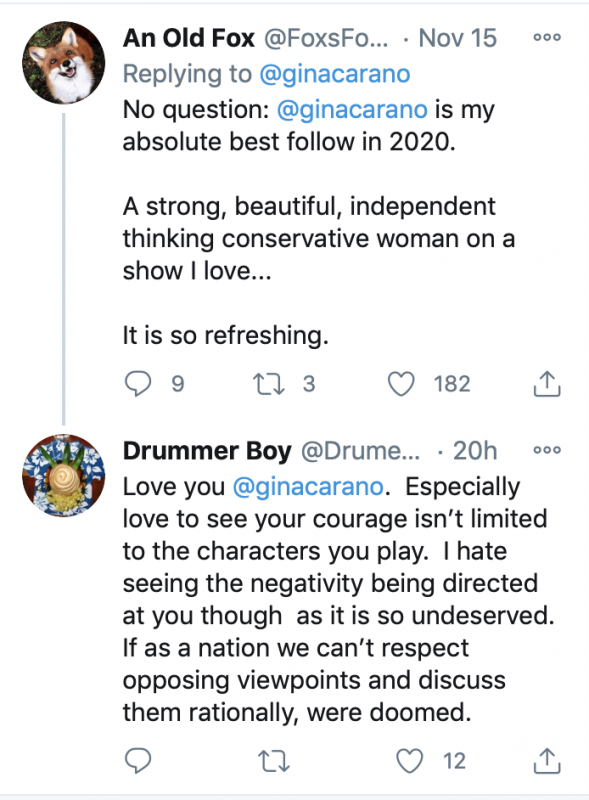