Canadian Police: Does Your Kid Like Heavy Metal? He's Probably a Nazi 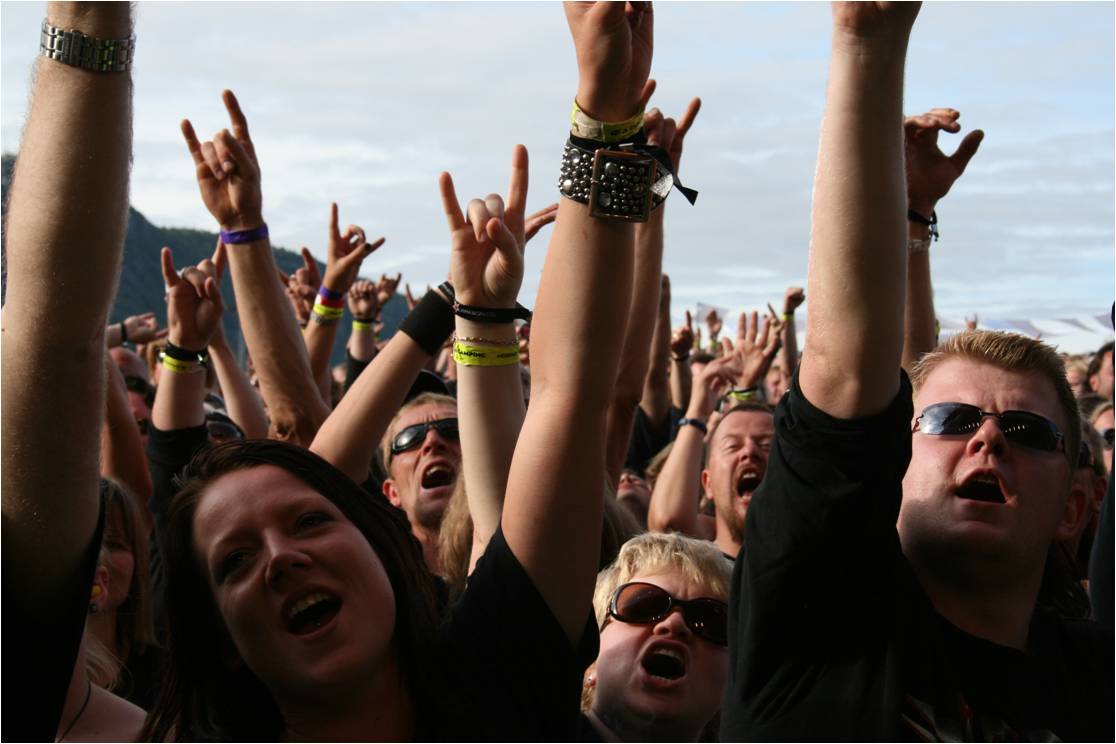 Remember the good ol’ days of 1985 when stuffy politicians and their spouses appeared in Washington, D.C. at the Parents Music Resource Center (PMRC) Senate hearings to force record companies to put labels on their products? Remember how lame and dumb people like Senator Albert Gore and his wife, Skipper, er, Dipper, I mean, Bipper – whatever – looked when musicians like Dee Snider, Frank Zappa, and John Denver testified before them?

Well, surprise, surprise! Functionaries of the state are tying music to “evil” again. This time, it’s the police department of Calgary, Canada, which recently issued a series of “tips” on how parents can recognize that their child might be a neo-Nazi based on their music choices.

In its grand “Signs of a Child Being Part of a Hate Group” the department actually said that listening to “loud, heavy music with violent lyrics” is a sign of being a Nazi.

How lyrics can be “violent” remains a mystery. They can depict violence, or describe violence, but words and sounds themselves are not violent. That’s kind of important to remember as the West goes careening toward the horizon of speech and thought policing that appears to be in our future. There once was a child’s rhyme that said something about sticks and stones breaking bones, but words never hurting people. But that seems to be out nowadays.

At this point in the article, I could probably post a bunch of bands that are intense, loud, and, often, angry, and whose lyrics describe violent events or emotions, and show how they’re far from “Neo-Nazi” and don’t espouse violence or hate. I could indulge myself with lots of links to great music by great bands and write, “Oh! Are ‘X’, ‘Y’, and ‘Z’ neo-Nazi’?”

But I’m sure you already get it, and could come up with long lists of your own, including music from genres spanning punk rock to musical theatre. The key here is that this broad-brush definition of “fascism” applied by politicians, bureaucrats, and so-called “Anti-Fascists” to anyone they want to describe as such has become so pervasive, it’s gotten to the point where even musicians can be roped into the cage, and their livelihoods can suffer because of it.

Of course, since this is the government, the Calgary police didn’t stop at just music. Here are the other points in their “bullet-point” summation to help parents stop their kids from turning into neo-Nazis. They should watch out for kids who show:

It all adds up to the kind of thing many of us thought we’d seen exorcized when Al Gore and then-wife Nipper, or Flipper – whatever – skulked off, and Zappa, Denver, and Snider stood tall for having shown them the arrogance, stupidity, and downright danger of their way of thinking.

The ironic thing is that, in using tax money to “warn” people about cultural or behavioral habits that “might be signs of” a kid turning “fascist,” the Calgary police have employed classic fascist tactics, just as Gore and Zipper did, and just as Antifa does. They want to use the collectivist state to take peoples’ tax money and blacklist or tarnish certain kinds of music and behavior.

Heck, it’s pretty easy to see if someone is a neo-Nazi. That point about the swastika is fairly obvious, despite the swastika originally being an Indian symbol. The Iron Cross is more ambiguous, because it is an ancient Christian symbol that heralds back centuries prior to the Germans using it in World War One and World War Two. But to use the state to tell people what is or is not “smacking of fascism,” is, in fact, fascistic, and throws a lot of artists and their fans into a very damaging category.

How about this? How about Calgary learn something from the mistakes of people like Mr. Gore and his former wife, and they stop giving “advice” to parents? It’s the least they could do for the folks who are forced to pay their salaries.