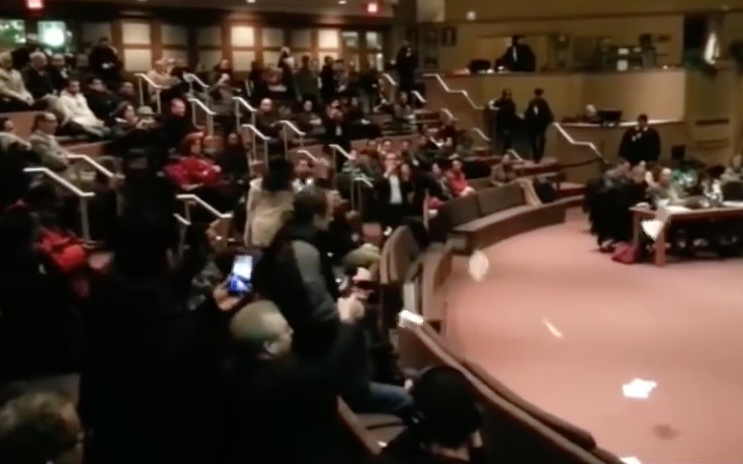 When do people finally stand up and say, “We’ve had enough!"?

A group of parents in Ontario, Canada, stood up and drew the line on Mar. 22 when a school board went too far.

The major news networks haven't touched this story, with the exception of a couple online articles, but MRCTV is here to bring you the information they won't.

At a public board meeting in Mississauga, Ontario, "The Peel School Board approved Islamic sermons and prayers in schools, where students and preachers can pick whatever prayer they want in Arabic with no translations," reports LiveLeak. "Then they excluded a politician and media baron Kevin Johnston, who opposed them. Then they refused to discuss the issue at their public board meeting."

That's when all hell broke loose.

“That’s a book of hate!” a man shouted at the board.

"This is a shame!" one parent yelled.

Parents throughout the room argued and yelled in order for the school board to actually hear their concerns since the board members didn’t want to hear them in the first place.

Perhaps the most powerful and controversial act was when a man tore up the Quran after the Peel School Board refused to hear the parents out.

Tensions were most likely escalated since the meeting took place on the day of the London terror attack.

Apparently the school board members didn’t feel any pain, because they decided that instead of tackling the issue at hand, they would simply leave the building.

Whatever your opinion on Muslim prayer being allowed in school, the school board did themselves no favors by refusing to listen to the concerns of parents that pay their salaries.

For video of the meeting, watch below: