California Teacher Made Third-Graders Rank Their 'Privilege' Based on Their Race, Gender, Religion and Family

A teacher at an elementary school in Cupertino, California, a suburb of Silicon Valley, forced third-graders in her math class to categorize and rank themselves in terms of their “privilege” based on their race, gender identity and religion as part of an exercise in critical race theory.

Christopher Rufo with the City-Journal reports:

Based on whistleblower documents and parents familiar with the session, a third-grade teacher at R.I. Meyerholz Elementary School began the lesson on “social identities” during a math class. The teacher asked all students to create an “identity map,” listing their race, class, gender, religion, family structure, and other characteristics. The teacher explained that the students live in a “dominant culture” of “white, middle class, cisgender, educated, able-bodied, Christian, English speaker[s],” who, according to the lesson, “created and maintained” this culture in order “to hold power and stay in power.”

The teacher then explained to the students - we're talking about 8 and 9-year-olds, who should be learning how to write complete sentences and add short columns of small numbers - that “those with privilege have power over others” and that “folx who do not benefit from their social identities, who are in the subordinate culture, have little to no privilege and power,” based on a passage from a book entitled “This Book Is Anti-Racist.” In a tweet thread accompanying his exposé, Rufo included screenshots of the documents that were reportedly given to students.

First, the teacher told the eight- and nine-year-old students that they live in a “dominant culture” of “white, middle class, cisgender, educated, able-bodied, Christian[s]” who “created and maintained” this culture in order “to hold power and stay in power.” pic.twitter.com/vxFaDSVl4z

Students were then given “identity maps” on which they had to circle characteristics that described them, and rank themselves according to their own supposed “privilege” based on these characteristics. 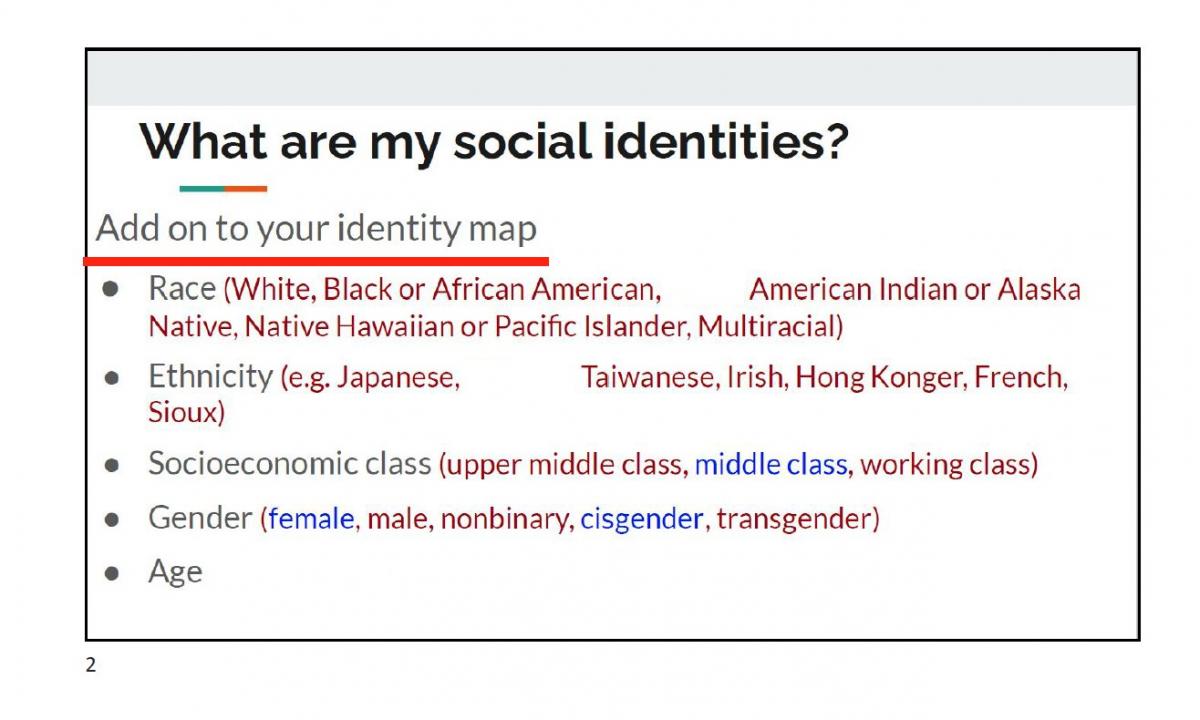 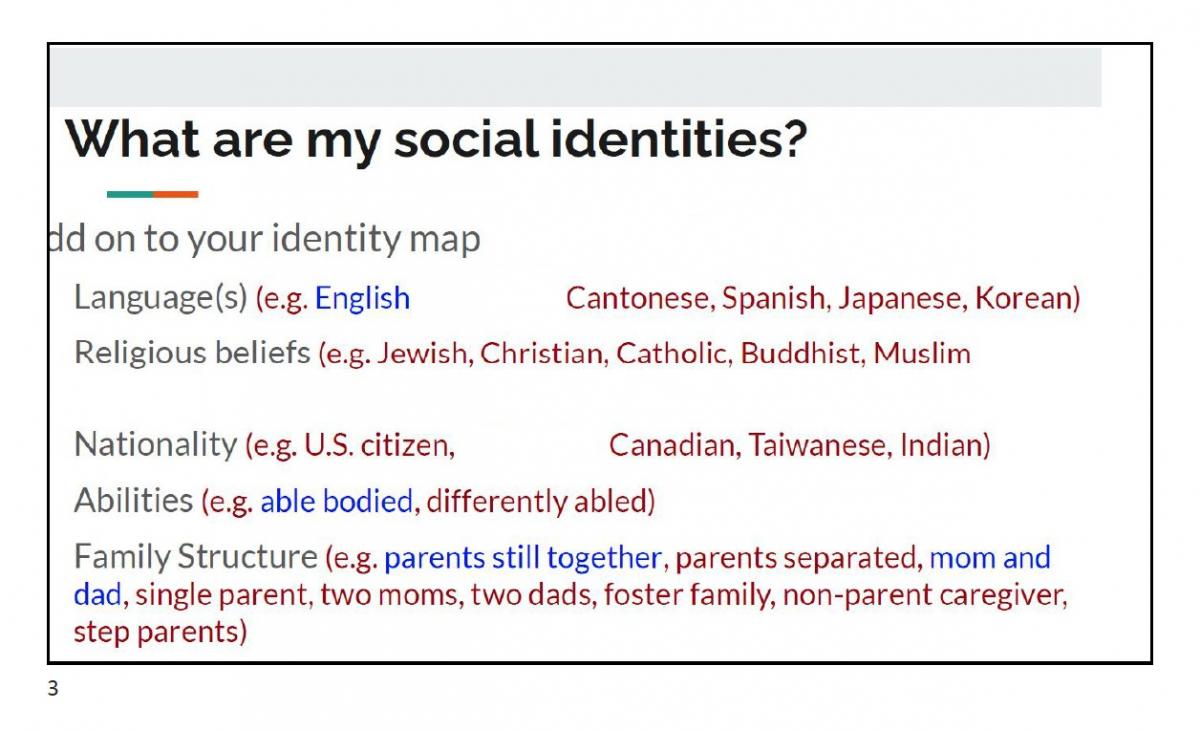 They were then told to write an essay explaining which of these qualities gave them “privilege” and which did not. 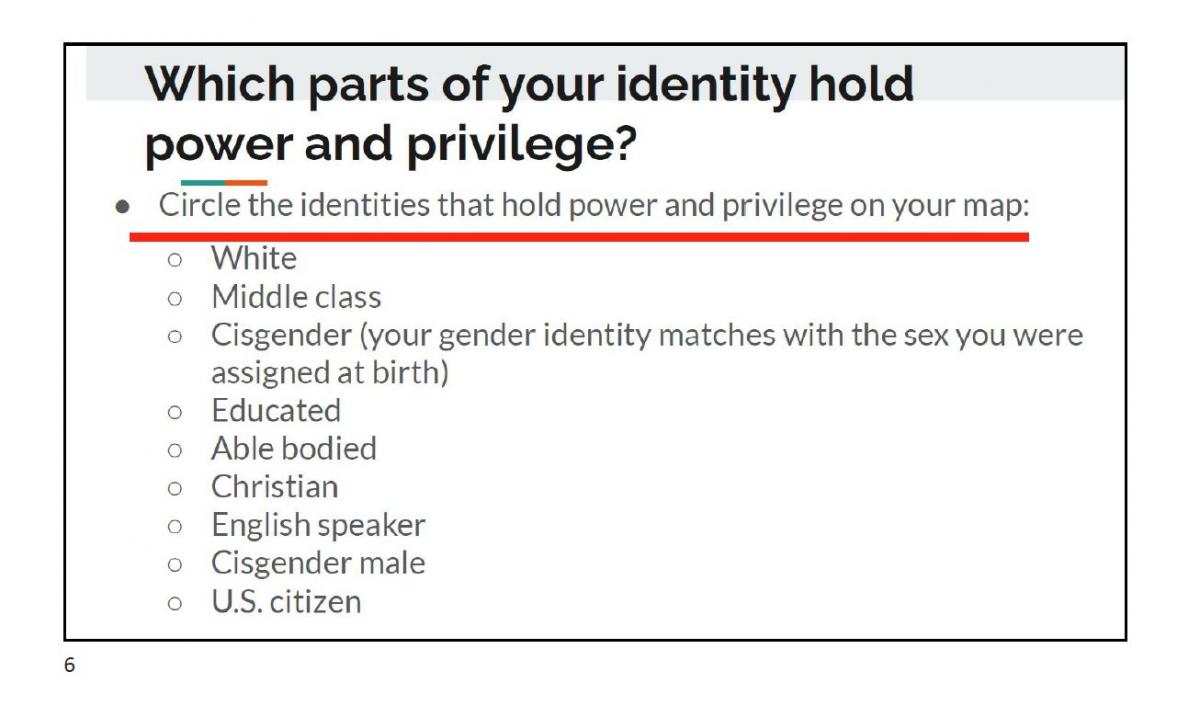 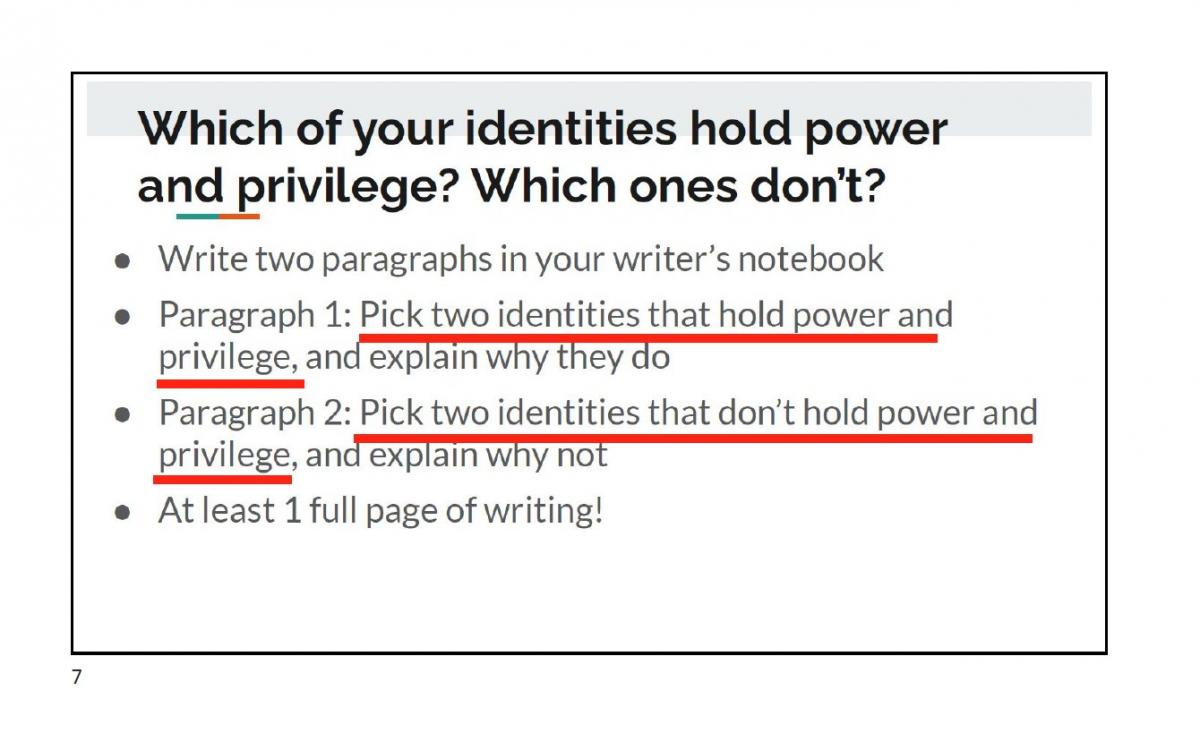 R.I. Meyerholz Elementary School, which Rufo notes is one of the wealthiest and highest performing in the nation, is predominantly Asian-American with few white or black students. After realizing what was being taught in the classroom, parents were furious, with one declaring that “They were basically teaching racism to my eight-year-old.” The outraged parents met with school administrators, who eventually agreed to suspend the program after claiming it was not part of the regular school-wide curriculum.

“[It divides society between] the oppressor and the oppressed, and since these identities are inborn characteristics people cannot change, the only way to change it is via violent revolution,” the parent said, according to the City-Journal. “Growing up in China, I had learned it many times. The outcome is the family will be ripped apart; husband hates wife, children hate parents. I think it is already happening here.”