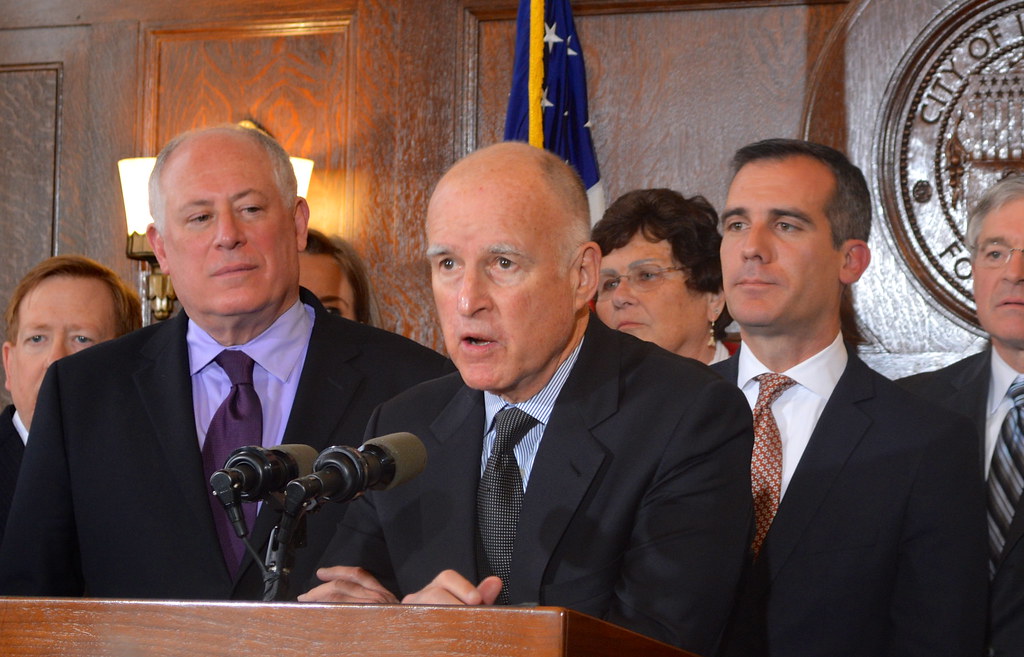 Here’s yet another case of liberal politicians trying to turn criminals into victims. The only difference this time is that it is being done to garner votes.

California Gov. Jerry Brown pushed his state even further to the left on Wednesday by signing a bill that allows states inmates in county jails to vote in future elections.

According to the Los Angeles Times:

Despite widespread opposition from law enforcement, Gov. Jerry Brown on Wednesday signed a bill that will allow thousands of felons in county jails to vote in California elections as part of an effort to speed their transition back into society.

Through a representative, Brown declined to comment on the bill by Assemblywoman Shirley Weber (D-San Diego), who said it would reduce the likelihood of convicts committing new crimes.

While it’s not clear how voting would “reduce the likelihood” of criminals becoming repeat offenders, it is apparent that by making this move Brown is trying to manipulate the election process.

“I wrote AB 2466 because I want to send a message to the nation that California will not stand for discrimination in voting,” Weber commented after Brown signed the bill.

It could be said that a person forfeits his right to vote by committing a crime severe enough to land a him in a prison, at least while incarcerated. If you’re not contributing to society, or you are someone who degrades society by committing crimes, you shouldn’t be allowed to vote.

One of the opponents to this bill, State Sen. Patricia Bates (R-Laguna Niguel), was deeply critical of the signing of AB 2466.

Bates released a statement saying, “It is very disappointing that felons still serving their sentences behind bars will now be able to vote since Governor Brown failed to veto this really bad bill.”

The Los Angeles Times quoted Kern County Sheriff Donny Youngblood, president of the California State Sheriffs’ Association, saying, “We believe that there have to be consequences to your action, and the consequences of being a convicted felon are that you can’t vote and you can’t possess firearms.”

Leave it to California to adopt another for state that is increasing its “anything goes” ways.