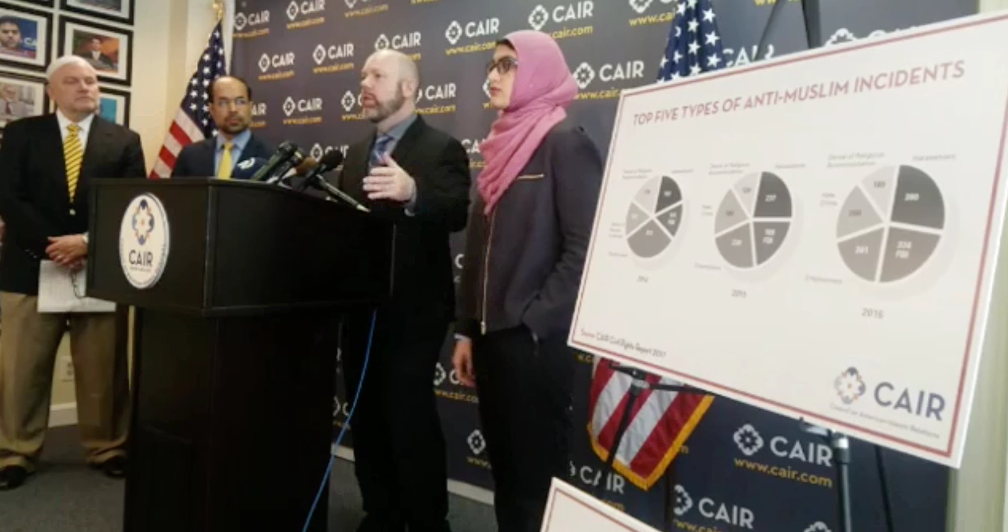 At a press briefing on Tuesday, the director of the Council on American-Islamic Relations’ Department to Monitor and Combat Islamophobia accused the FBI of perpetuating bias incidents against Muslims by questioning more members of the Muslim community about potential violence than supporters of President Trump.

While discussing the findings in the 2017 “Empowerment of Hate” report, co-author Corey Saylor said harassment was the number one kind of bias incident against Muslims. However, according to Saylor, the second most common kind of bias against Muslims was reportedly FBI questioning.

“But you’ll notice, in the number two spot, came the FBI,” Saylor said. “These are incidents in which people in our community were visited by, approached by the FBI and asked questions that, in the assessment of our intake staff, were really not connected to any specific investigation.”

“And one of the things that we document in the report was right before the election, there was a broad sweep of FBI agents across the country, going to members of the Muslim community, asking them things like, ‘Are you aware of any plots?’ That’s not the specific language that they used, but the question itself is in the report. We did not see any similar type of outreach to, say, Trump supporters who were documented as making a number of threats of a violent nature,” Saylor added.

“So that kind of thing to us has more to do with headquarters focused on Islam and Muslims as being more of a perceived threat than any other community. Those other communities didn’t get similar outreach,” he said.

FBI incidents allegedly counted for 62 percent of anti-Muslim incidents in which the federal government was named the “instigator.”