Less than a month ago, Fox reported that a California school district was teaching kids about their lady and man bits with a "Genderbread Man." If by some chance you thought things wouldn't get worse in CA, you were wrong.

According to Fox News, California’s Newport-Mesa school district has ordered textbooks for students that claim that there are over ten sexual orientations and eight gender identities.  The book is called “Comprehensive Health Skills for High School” and is geared towards 14-18 year-olds.

Fox News released images of the books displaying the absurdity of its contents.

Luckily the book also provided the definitions. Agender is apparently similar to gender neutral meaning that a person “does not align with any gender.” Androgynous supposedly means that someone exhibits “masculine and feminine traits equally.” 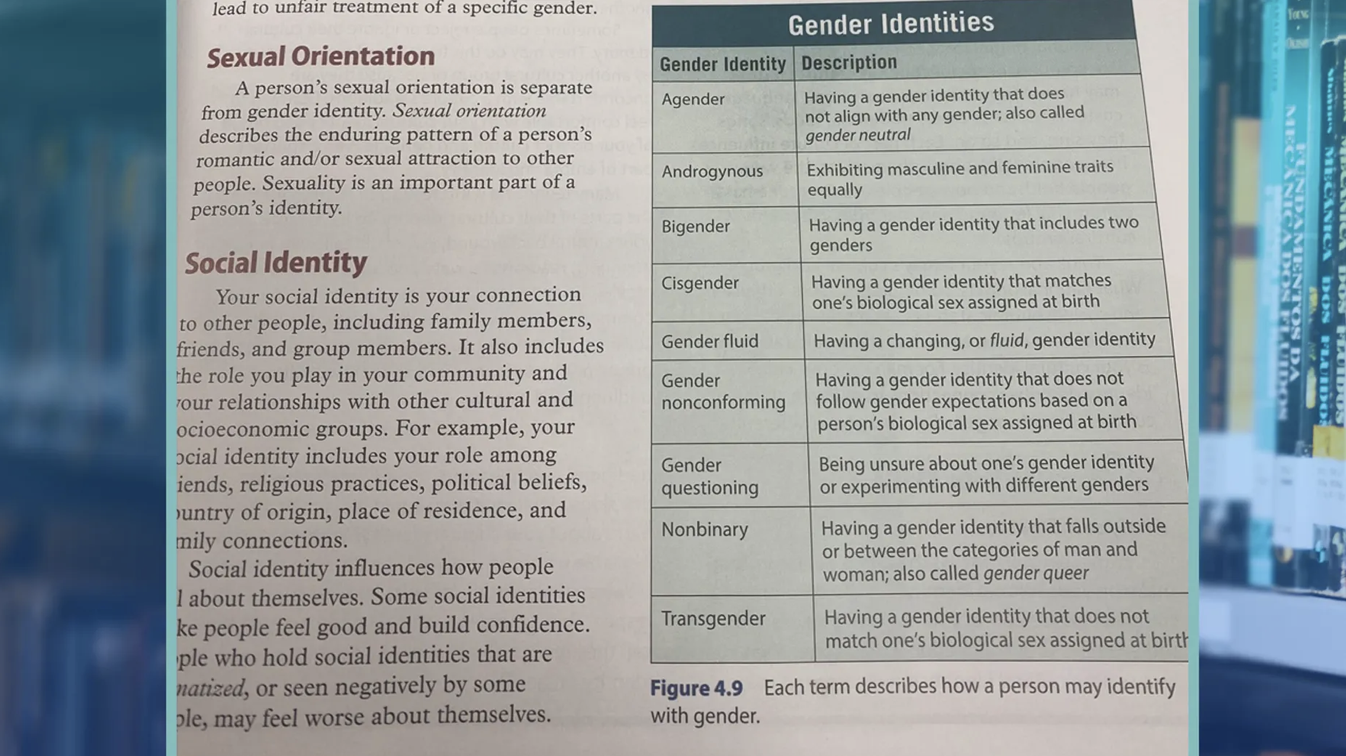 The book also mentioned that there are “10 different sexual orientations including androsexual, polysexual, skoliosexual, demisexual and gynesexual." Personally, I don’t know what any of those mean, nor do I want to.

One mother in the school district voiced her concern to Fox News and claimed that the school district is “sexualizing our kids and normalizing sexual behavior.” She also mentioned how school is supposed to be a safe zone but with content of this sort, “we are placing them in a situation where they think that this is safe, that this is healthy, this is how we show love. And so they are being exploited by very evil people.”

This mother is exactly right. Kids, high school students included, are easy targets. They are in developing years and are extremely impressionable and easily influenced. Targeting them at this stage is a perfect way to groom and, as the mother said, exploit them and their innocence.

Parents can supposedly choose to “opt-out” of certain lessons, but if the school was even willing to order these books, there’s no telling what other sort of indoctrinating, explicit and grooming conduct goes on behind closed school doors.

ICYMI: Freudian slip? Joe Biden he wants to "make sure no one has the opportunity to steal an election AGAIN." pic.twitter.com/FUWLAgpjtV