CA Gov. Brown: Trump's Border Wall 'Reminds Me Too Much of the Berlin Wall' 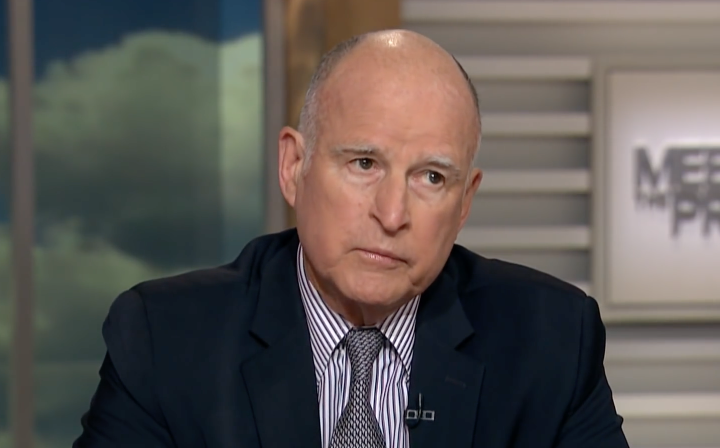 California Gov. Jerry Brown (D) has said a lot of stupid things over the years, but being exposed to all of that Golden State sun must now have caught up to him.

Brown in an appearance on NBC's Meet the Press on Sunday made an observation -- or more of a wild reach without bothering to explain -- about President Donald Trump’s proposed border wall with Mexico.

Brown told host Chuck Todd, "The wall, to me, is ominous. It reminds me too much of the Berlin Wall. When I see that 30-foot wall, I worry somehow, 'Are they trying to keep me in, or keep them out?'"

The Berlin Wall was a symbol of Communism and pushback against the U.S. way of life during the Cold War. The proposed border wall with Mexico, no matter how effective it might be, would be erected with the purpose of attempting to curb the amount of illegal activity flowing into the country in order to protect U.S. citizens.

Whether it’s people coming into this country illegally or it’s the drug trade that pumps a ridiculous amount of addictive illegal substances into the U.S., many would argue that building a border wall is better than doing absolutely nothing.

“Trump’s supposed to be mister religious fellow,” Brown said, “and I thought we have to treat the least of these as we would treat the Lord.”

If there was ever a test subject for “foot-in-mouth disease,” Gov. Jerry Brown would be a leading candidate.