All the rage last week amongst the mis-informed masses – and the mass media misinforming them – was a pro-Network Neutrality video burger joint Burger King (BK) bizarrely extruded.

The pseudo-news stories about the BK video – were nigh endless. They all breathlessly praised the cow palace for presenting its digital whopper.

The problem with the video – from the perspective of BK and its media cheerleaders – is it is supposed to tell us why massive government regulations under the banner of Net Neutrality are so vital.

What the video actually, accidentally does – is demonstrate (yet again) how dumb and unnecessary Net Neutrality regulations actually are. 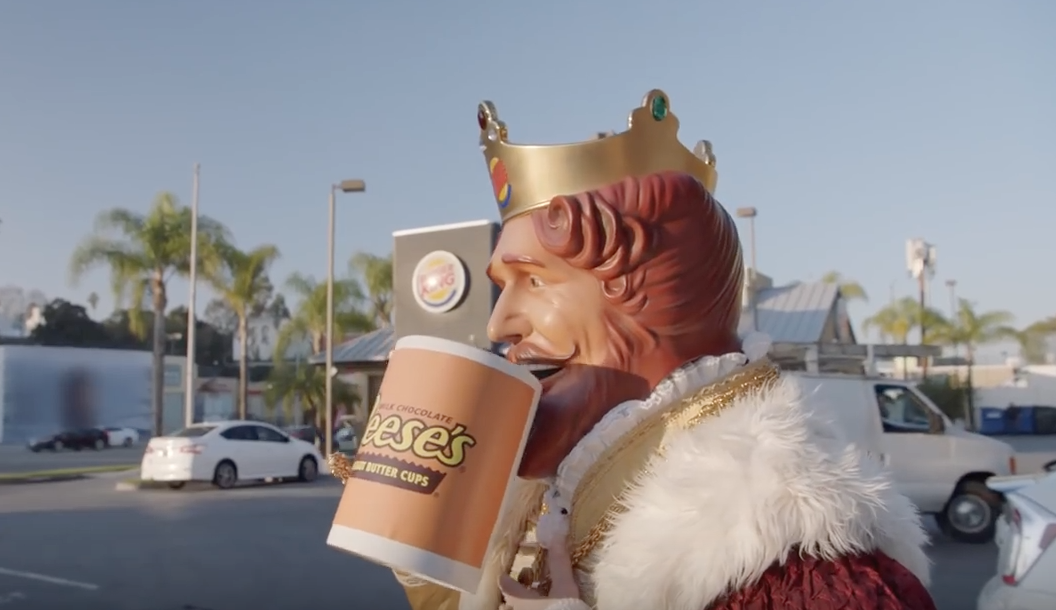 (The Burger King seems to gulp down a big swig of pure net neutrality stupid.)

The video then shows a computer screen and typing. Which claims BK will now explain what Net Neutrality is using their famed BK burger – The Whopper. By showing just how awful a world without “Whopper Neutrality” is.

The video’s theoretical BK store – sells three different speeds of “Whopper Pass.” You can pay $4.99, $12.99 or $25.99 for your burger – with the higher prices ensuring you increasingly fast delivery.

The customers are incensed. Oops – and there you have it: The first reason why this video is dumb. And why Net Neutrality regulations are dumb and unnecessary.

That reason is: The customers are incensed. Internet Service Providers (ISPs) – are in the customer service business. If they don’t service their customers – they will very soon be out of business.

ISPs strive mightily to deliver an incredibly fast, ever-increasing speed. Which is how and why we have gone in just two decades from the sloth of 14K dial-up – to massively-fast 1GB of speed…and up.

Which is why no one – save for the most radically ridiculous of multiple-HD-movie-downloading-at-once or incessant-gaming freaks – runs into any speed impediments to anything they wish to do online.

Oh: And any ISP stupid enough to slow down anyone as an extortion effort – would run afoul of several existing consumer-protection laws. And be swiftly dealt with by the Federal Trade Commission (FTC).

Thus there is zero need for any Federal Communications Commission (FCC) regulations – such as the massive ones imposed in 2015 by the Barack Obama Administration. Which were in December rightly, reasonably undone by the Donald Trump Administration.

All of this and more is why – in the two-plus decades without the FCC having any say in any of this – nothing like what BK depicts in its ridiculous video….ever actually happened.

Another reason the BK video is stupid: ISPs do charge more for even more bandwidth – because everyone on the planet charges more for more of anything.

Ask BK why they charge more for a Double Whopper than they do for a Whopper Jr.

In fact, BK violates these Neutrality principles all over the place – beyond just their tiered-prices for tiered-burgers. They engage in all sorts of non-neutral exclusionary practices.

BK won’t sell you a McDonald’s Big Mac or a Wendy’s Single, Double or Triple. Where’s the Neutrality?

BK won’t sell you a Pepsi or an RC Cola – because they have an exclusive contract with Coca-Cola. Where’s the Neutrality?

And to further flesh out the utter stupidity of the one-size-fits-all model of bandwidth speed – where “all bits are treated equal”:

“What’s a truer depiction of Burger King under Title II utility regulation? A Burger King menu with only one product at one price – an expensive all-you-can-eat meal. For those ordering 10 triple-Whoppers and onion rings, with extra large milkshakes, it might be a good deal.

“For those seeking one salad or one chicken sandwich, and in a hurry, the high-priced all-you-can-eat plan would be a terrible idea. The all-you-can-eat subsidy would attract all the gluttons in town and discourage the customer seeking a quick snack.

“Gluttons would clog the line with their huge orders, and others would have to wait. The supplier of niche content – the small salad in this case – would suffer, too.

“Everybody wins – Internet user, network provider, and content creator. Yes, in the future there will be some forms of priority service for real-time applications – think telemedicine and virtual reality – but the higher prices for these services will help pay for more capacity overall.

“Consumers across the diverse ecosystem of digital services will benefit.”

A grandma who only emails her kids and grandkids – should not be force-fed way-too-much-bandwidth for way-too-much-money – to subsidize the Web gluttons.

The late, great Robert Conquest wrote more than a dozen books about the Soviet Union – so he eminently understood Net-Neutrality-esque collectivism. He created his Three Rules of Politics – the first of which is:

“Everyone is conservative about what he knows best.”

Burger King knows nothing about the Internet bandwidth business. So they ignorantly clamor for the Neutrality they would never, ever impose – or have the government impose – on themselves.

“A man’s got to know his limitations.”

Stay in your lane, Burger King.

Or else you end up looking really stupid.