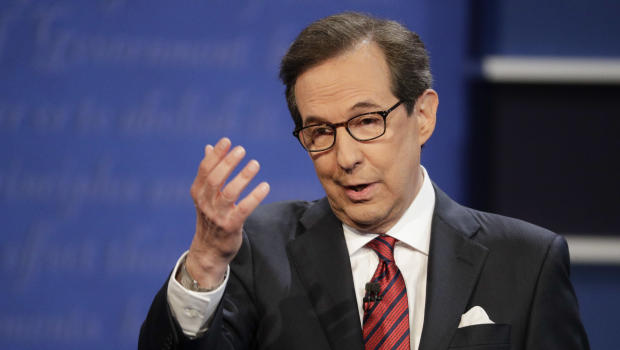 Fox News’ Chris Wallace did a great job moderating Wednesday night’s debate. He shot hardball questions at both candidates equally, refrained from constantly interrupting the nominees (we’re looking at you, Anderson Cooper) and leaned toward substantive questions over personal attacks and tabloid gossip.

But strangely, those wishing to congratulate Mr. Wallace on a job well done couldn’t do so on Twitter – the man doesn’t appear to have an official account.

But that didn’t stop folks from trying. Desperate tweeters searched for Wallace’s profile in vain, finally coming upon a user who goes by the Twitter handle @foxpokerfox, proving that society simply can’t function without the ability to tweet at one another.

@foxpokerfox Best moderator of all 3 debates!!

Chris Wallace already the best moderator of a debate in this election cycle..... #PresidentialDebate @foxpokerfox

The “Chris Wallace” behind @foxpokerfox (who appears to be extremely anti-Trump, by the way) clearly wasn’t the same Chris Wallace who was moderating Wednesday’s debate. Because unless Mr. Wallace was really inebriated and tweeting like mad under the referee's table, we’re pretty sure he didn’t post this:

I didn't know I was going to be doing this job tonight. I'm really high right now and not really prepared.