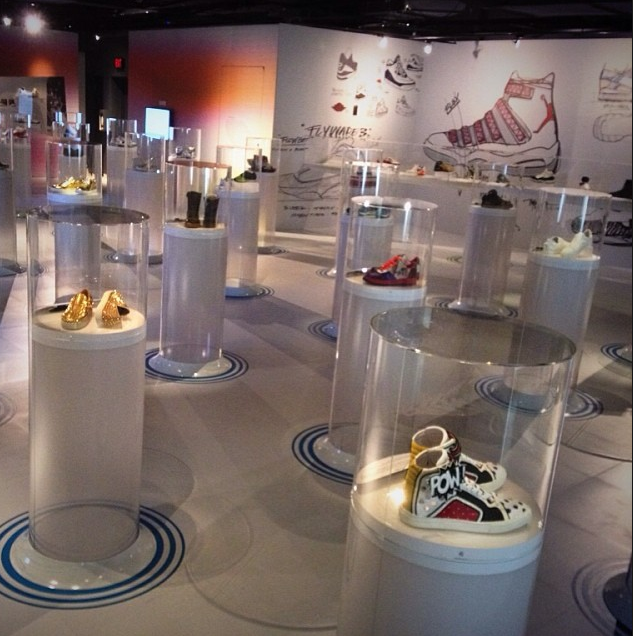 As "New York Fashion Week: Men's" kicks off, an exhibit at the Brooklyn Museum hopes to draw attention to the “sexism” of “sneaker culture.”

Elizabeth Semmelhack, senior curator of the Bata Shoe Museum in Toronto, examines the “unspoken sexism” of sneakers at her “The Rise of Sneaker Culture” exhibit that opened at the Brooklyn Museum on July 10.

The exhibit is described as “first exhibition to explore the complex social history and cultural significance of the footwear now worn by billions of people throughout the world.”

Speaking to the Washington Post, Semmelhack talked about the “sexism” of the popular footwear.

“Sneaker collecting, done by many men, is [described] in the tradition of other male collecting, like baseball cards and fine wines. It’s about having every single one in every single model. Female buying is ’emotional'; male buying is posited as rational. But emotion is just as wrapped up in sneakers,” she continued.

Semmelhack reiterated her point about sexism in sneaker culture to “Hopes&Fears”:

“I think that there are many women who are engaged, but in some ways, they are still sidelined for a variety of reasons, from lack of sneakers in their sizes to the fact that I think that a lot of sneaker culture is about masculinity. That part of this dates back to a historic reluctance to let women engage in sports [and] femininity being called into question when women [were] interested in athletics.”

According to the Huffington Post, the exhibit highlights the lack of female involvement in sneaker culture by only including two shoes designed by women out of the approximately 150 shoes in the exhibit.

A plaque at the exhibit reportedly reads, “Female interest in sneaker culture has largely been redirected to shoes that refer to sneakers and yet aren’t the real thing, like the wedge sneaker. This shoe is a part of a larger continuum of footwear made for women, dating back to the 1920s, that flirts with, but doesn’t admit, women into the sneaker game."

A New York Times review claims exhibit visitors are instructed to ponder question such as,

‘How have some sneakers come to be valued more highly than others? How have sneakers expressed both privilege and inclusion? How were specialized sports shoes transformed into staples of street fashion and, in turn, icons of masculinity? How is it that at a single glance, a pair of sneakers can reveal nuanced social information?’

“The Rise of Sneaker Culture” will be at the Brooklyn Museum until October. Then, it will travel to more cities across the country.