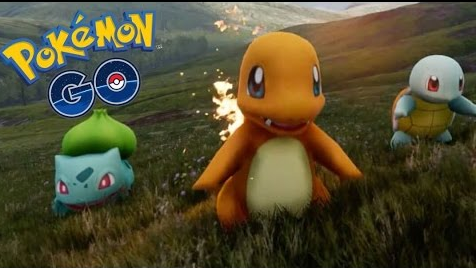 Fans of Pokemon--or pretty much anyone who hasn’t been hyper-sleeping for the past decade or two--are very familiar with the comic gangsters, Team Rocket. The Lannisters of the Pokeverse, Team Rocket are meddlesome criminals who travel the world to steal things, mess with people, aggrandize power, and generally act like jerks.

But they’ve got nothing on Brooklyn Assemblyman Felix Ortiz. A few days ago, Lord Ortiz, a politician who wants to ban “hoverboards” and tax sodas as well as booze and entry into strips clubs, issued a statement threatening to start messing with the new smart phone sensation, “Pokemon Go,” out of his warm and touching concern for safety.

He said, "If it’s an issue they can pull out and fix, they won’t be liable. Otherwise, I will introduce legislation.”

See, Ortiz is worried about people who are so engaged in the game that they walk into traffic, or into each other, or off cliffs. The idea that he had nothing to do with the creation, sale, or voluntary purchase of the game is irrelevant. As a politician he must feel it is his place to tell others how their products will work, or take chunks of the revenue “Pokemon Go” is generating for Niantic and Nintendo.

But perhaps he has a point. After all, he supposedly “represents” society in the eternal struggle to fit the ever-changing developments of social interaction within the boundaries created by government. Government runs the sidewalks and parks, so not everyone will be allowed to use them as they see fit. It’s just not feasible to mix public property with every use of it people would like to enjoy, so politicians are there to try to manage the public “goods”. People drive on roads run by the government (and run poorly, in virtually every instance), and they might use the “Pokemon Go” app while at the wheel.

Terri Egan, New York DMV Executive Deputy Commissioner and Governor's Traffic Safety Committee Acting Chair has warned, "What is meant to be a fun game can have tragic real-world consequences if you’re playing it while driving or crossing the street."

Despite the fact that the government already has laws punishing folks for “distracted driving,” the larger lesson to be learned here is that this is a classic example of the tragedy of the commons. All “commonly-owned,” public property inspires citizens to fight and argue over its use, because everyone has a stake via taxation, but not everyone can use the property at the same time, for the same pupose. Suzanne Collins’ “Hunger Games” trilogy is a vast metaphorical play on this political-economic problem--a point often overlooked by public school teachers who assign the book for student reading. When no one has a private property stake in something, everyone tries to get his or her piece of it before the other does (recall the “Cornucopia Scene” in “Hunger Games”). Conflict ensues, and the resource is usually depleted.

So politicians are there to “manage” the system, according to their own preferences, which, in the fantasyland of “representative government” we are led to believe somehow match those of their constituents. The fact that this is an ahistorical, mathematically impossible fiction seems to be unimportant to most who play the government game.

In a private property paradigm, people have incentives to not only husband resources, thus insuring the best long-term economic growth, they have incentives to use those resources in fashions that more closely match the interests of consumers. They compete with each other, and create variations and new inventions that can be tested by each consumer based on his, or her, own preferences. Should they want to run open spaces for people to congregate, they can arrange rules for the use of their property and police it in fashions that incorporate liability and customer preferences in ways that more closely agree with what people want.

Those who see sense in his proposals often overlook that there is another way to live. This is the world of voluntary association and market trade, the world of things being created and run through private property owners addressing the interests of consumers in a competitive market.

As Thomas diLorenzo noted in his book, “How Capitalism Saved America,” there were thousands of miles of roads and bridges built by private companies in early America prior to governments and cronies getting their fingers in the pie. Disneyworld runs its own roads. Shopping malls handle their own driveways, parking lots, and interiors. Individuals pay for the driveways to their homes. There are multitudinous incentives for people to build avenues of egress to reach each other without the evils of taxation, government commands, and so-called “eminent domain” (a vestige of feudalism and the rule of kings).

Technology marches on, giving people new pleasures like “Pokemon Go.” Yet archaic luddites like Ortiz, who are married to the state, continue to see the developments as threats. When Gutenberg created the printing press, ushering in the era of popular books to be read on the street, would Ortiz have threatened to “regulate” book printers or writers of engaging works because people were walking into wagons while reading, or wagon drivers could potentially read while driving?

The seeming logic of regulations always overlooks the layers of government that have crowded out private creations. Even rules that seem sensible to some people – ideas such as banning people from playing videogames while driving – presuppose the assumption that government has a place in running the roads at all. This is historically unfounded. Perhaps in a private system, people would punish drivers who played “Pokemon Go” while operating on private roads. Perhaps these private systems would be even more thorough in policing safety.

But to assume that one can arbitrarily make decisions about market products because he is in a government office is incredibly arrogant and meddlesome. The baddies of the Pokeverse wouldn’t even consider such activity.