British PM Cameron Pleads With Brits to Stay in the EU 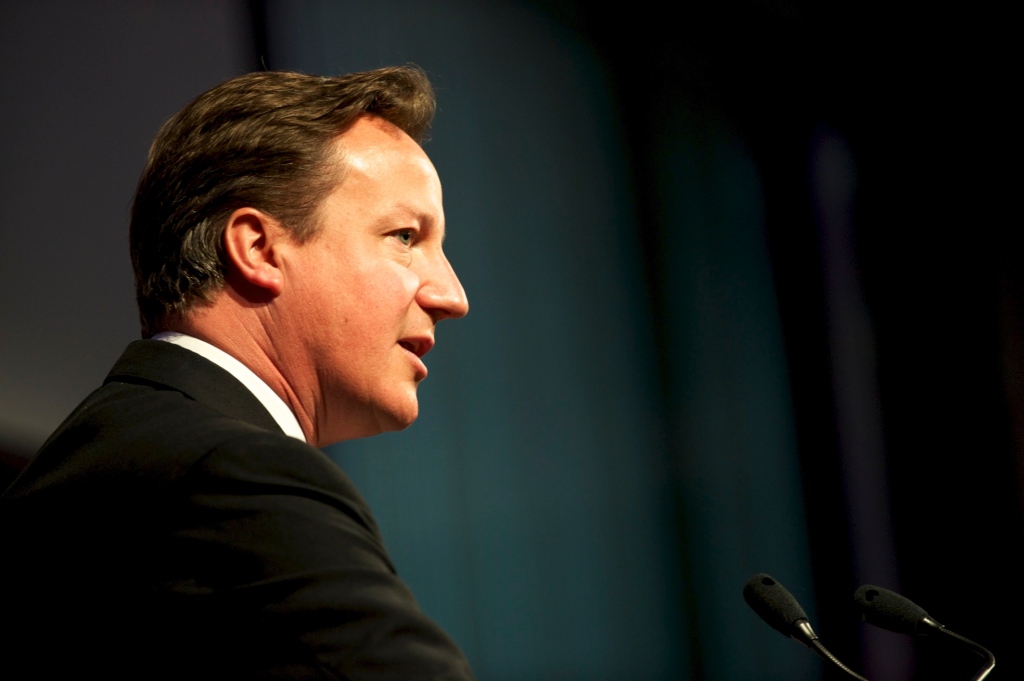 On Monday, British Prime Minister David Cameron gave a speech at the British Museum in London making his case for Britain to stay in the European Union (EU).

Cameron drummed up a lot of nationalistic pride by spouting off historical event after historical event. The only problem with that is the fact that some of the more significant events he mentions took place before Britain entered the EU in 1973 when it was called the European Economic Community.

The prime minister spoke of how a stronger Europe makes the continent look stronger around the world.

The speech was delivered in response to detractors who believe that Britain should leave the EU and become an independent nation once more. Supporters of the "Vote Leave" movement include popular former London mayor and current member of British Parliament Boris Johnson, who supports a "Brexit" -- a literary hybrid of the words "Britain" and "exit."

“To keep insisting that the EU is about economics is like saying the Italian Mafia is interested in olive oil and real estate,” Johnson said in a speech in Central London hours after Cameron made his speech.

One of the ploys that proponents of Britain's staying in the EU often use is one of comparing leaving the EU to leaving Europe altogether.

Johnson responded to such tactics:

Of all the arguments they make, this is the one that infuriates me the most. I am a child of Europe. I am a liberal cosmopolitan and my family is a genetic U.N. peacekeeping force.

I find it offensive, insulting, irrelevant and positively cretinous to be told -- sometimes by people who can barely speak a foreign language -- that I belong to a group of small-minded xenophobes. Because the truth is it is Brexit that is now the great project of European liberalism, and I am afraid that it is the European Union -- for all the high ideals with which it began, that now represents the ancient regime.

To counter like-minded arguments against staying in the EU, Cameron catered to Brit’s sensibilities.

We are obstinately practical, rigorously down to Earth, natural debunkers. We approach issues with a cast of mind rooted in common sense. We’re rightly suspicious of ideology, and skeptical of grand schemes and grandiose promises.

Common sense tells people that standing on your own two feet and being independent are the only way to become stronger. Constantly relying on a system where multiple members of said system have financial trouble -- and in some cases become financially dependent on the EU -- does not put a nation in a position of power.

Greece, Spain and Ireland are just three examples of European nations that have been on the verge of bankruptcy for the last few years since the EU brought globalization to the forefront. The New York Times reported that Greece needs to make a debt payment by July in order to avoid defaulting.

Of course, President Obama had to weigh in on a possible “Brexit” last month during his visit to London. He basically threatened Britain by telling leaders that if Britain exited the EU they would be “at the back of the queue” in terms of trade.

Not one to back off his agenda of globalization, Obama said, “This kind of cooperation -- from intelligence-sharing and counterterrorism to forging agreements to create jobs and economic growth -- will be far more effective if it extends across Europe. Now is a time for friends and allies to stick together.”

Is Obama trying to say that if countries do not act in the way he desires, the U.S. would cease being allies with them? Obama formed a relationship with Iran, and they are not a part of any membership other than being a part of a group that likes chant and yell, “Death to America!”

To view excerpts from Cameron’s speech, watch below: