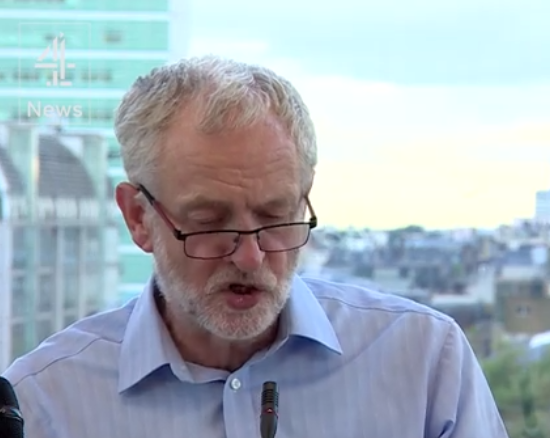 According to British Labour Party leader Jeremy Corbyn, having after-work networking events are sexist because women want to be at home with their kids.

While unveiling his manifesto for women, Corbyn said, “Look again and you will see the way in which a substantial number of women, who quite rightly take time out with maternity leave to look after a newborn child, end up finding themselves reduced in their work when they get back, discriminated against, or lost a place in the hierarchy in the company or place that they work. It’s got to stop. It’s got to end.”

“And the behavior of companies that encourages an ethic of early evening socialization in order to promote themselves within the company benefits men who don’t feel the need to be at home looking after their children. And it discriminates against women who want to, obviously, look after the children that they’ve got.”

Corbyn called after-work drinks an example of “subtle discrimination” that must also be stopped.

Ironically, in his speech decrying sexism, Corbyn assumed that women with children can’t actually leave their home to attend happy hours and that women, naturally, want to be with their kids rather than work events.

A spokesperson for the Jeremy for Labour campaign released a statement to US News claiming Corbyn wasn’t calling for a ban on happy hours:

Clearly [a prohibition on after-work drinks] was not what Jeremy was suggesting," the spokesperson told ITV. "He instead highlighted a concern among many women's groups and the head of the CBI that a male-led after-work networking culture in some workplaces can be detrimental to the career progression of female co-workers who can feel excluded, especially those women with caring responsibilities.

An after-party event, including drinks, was allegedly held after Corbyn’s speech.