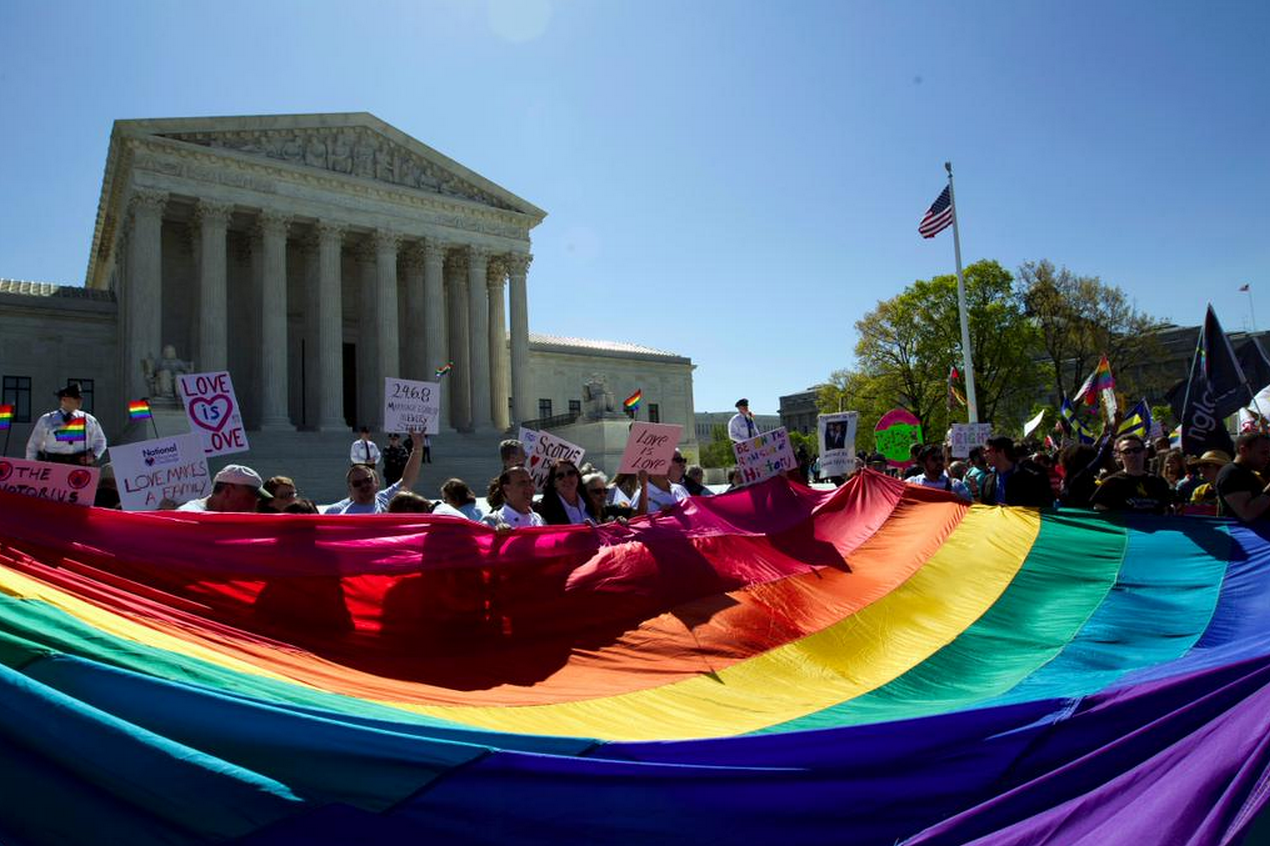 A divided Supreme Court handed down a 5-4 decision in the case of Obergefell v. Hodges on Friday morning, ruling that same-sex couples nationwide have the right to marry.

The Court found that state prohibitions on gay marriage violate the Constitution under the Equal Protection Clause.

"It is now clear that the challenged laws burden the liberty of same-sex couples, and it must be further acknowledged that they abridge central precepts of equality ... Especially against a long history of disapproval of their relationships, this denial to same-sex couples of the right to marry works a grave and continuing harm.”

“The imposition of this disability on gays and lesbians serves to disrespect and subordinate them," he continues. "And the Equal Protection Clause, like the Due Process Clause, prohibits this unjustified infringement of the fundamental right to marry."