Bozell: Had The Media Not Hidden The Issues – ‘Trump Would Have Won In A Landslide’

The left-wing news media didn’t just poison the information environment with their incessantly negative coverage of President Trump going into the 2020 election. They also refused to give airtime to important arguments of the Republican campaign — both pro-Trump and anti-Biden — which meant millions of voters cast their ballots knowing only what the media permitted them to know about the candidates.

“Had they known about the issues  - Donald Trump would have won in a landslide and we’ve proved it,” Media Research Center President Brent Bozell recently told The Bill Walton Experience podcast.

The Media Research Center asked The Polling Company to survey 1,750 Biden voters in seven swing states (Arizona, Georgia, Michigan, Nevada, North Carolina, Pennsylvania and Wisconsin), six of which (all but North Carolina) were called for Biden (survey details available here). Voters’ knowledge of eight news stories were tested— all important topics that MRC’s ongoing analysis had shown the liberal news media had failed to cover properly. It was discovered that 82% of Biden voters were unaware of at least one of these key items, with five percent saying they were unaware of all eight of the issues tested.

This lack of information proved crucial: One of every six Biden voters we surveyed (17%) said they would have abandoned Biden had they known the facts about one or more of these news stories.

For more details on the MRC study listen to the interview above or click here for a breakdown on the details. 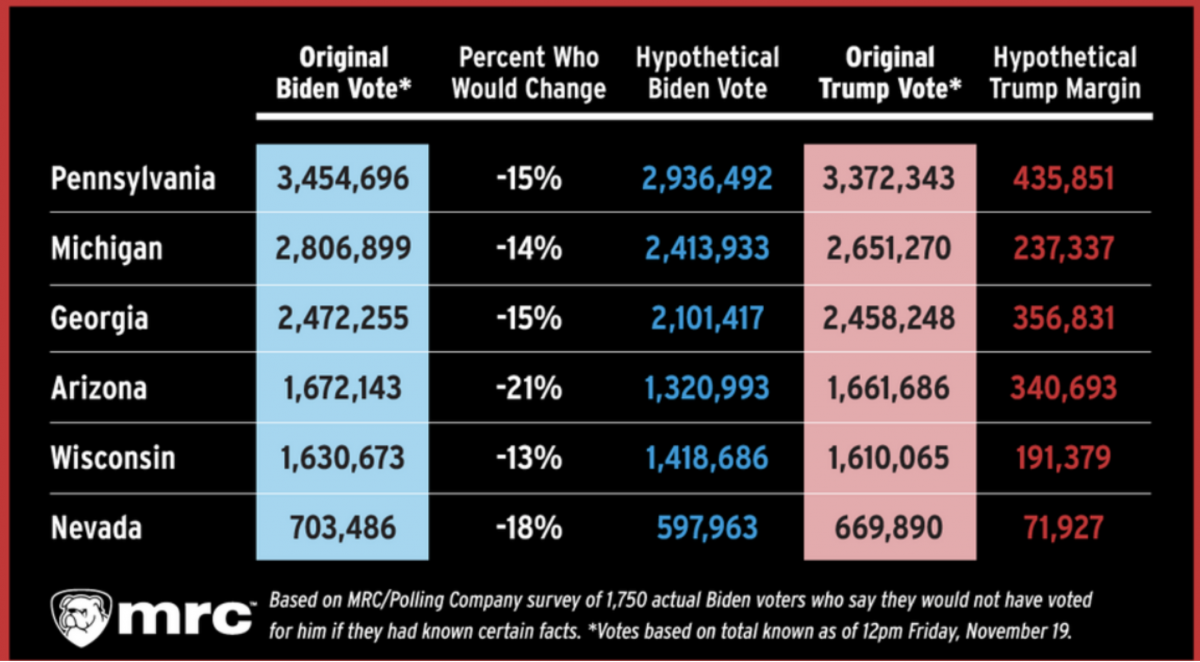