Bozell: 'AP Is Lying,' Cruz-Gun Photo 'Was Not an Accident' 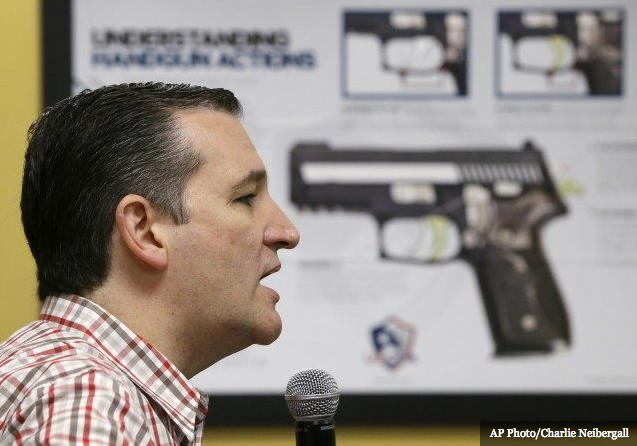 “The AP is lying. This was not an accident,” Media Research Center (MRC) Pres. Brent Bozell said today, responding to the AP’s claim it didn’t mean to smear Sen. Ted Cruz (R-Texas) by publishing a photo of the Republican with a gun to his head.

Bozell responded angrily after the Associated Press published a photo of a massive gun aimed at Sen. Ted Cruz’s head from a “Celebrate the 2nd Amendment” event in Iowa. The AP lamely defended its actions in a statement late Sunday evening claiming the “images were not intended to portray Sen. Cruz in a negative light.”

Bozell called the editorial decision to publish the photo “disgusting” in light of recent murderous shootings in Charleston, S.C.:

“This is disgusting. Just days after a horrific shooting that took nine lives, the AP has the gall to unapologetically display a gun aimed at the head of a presidential candidate. They would never do this to Hillary Clinton or Barack Obama. Nor should they.”

Bozell demanded that the AP apologize for the “deliberate decision” to put out the Cruz-gun photo:

“The AP is lying. This was not an accident. They made a deliberate decision to publish the photo. The AP owes Senator Cruz, his wife Heidi, and his children an immediate and unqualified apology. Furthermore, I am calling on the AP to conduct a complete investigation of everyone involved in the publishing of the photo and to fire those who ultimately made the decision to publish the photo.”