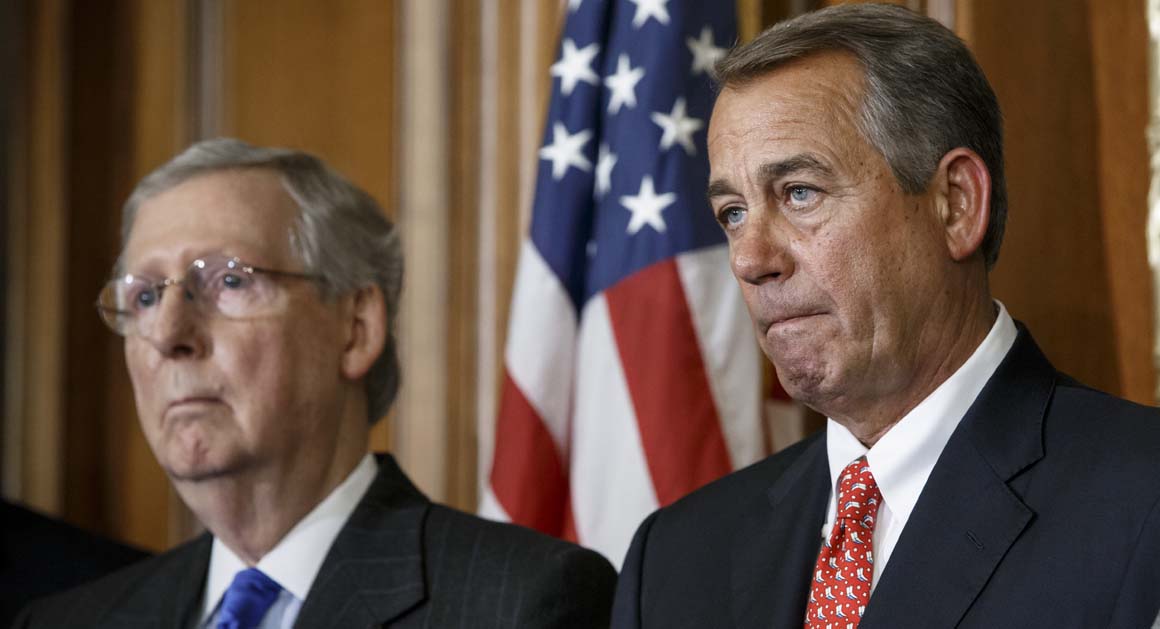 UPDATE: The House voted 277 to 151 on Wednesday afternoon to approve the Senate's continuing resolution (CR), a temporary spending measure that would fund the federal government through Dec. 11 without cutting off funding for Planned Parenthood. Republicans largely voted against the spending bill (with 151 voting "no" and 91 voting "yes"), while Democrats unanimously voted in favor of the CR.

Before voting the approve the CR, the House also voted 241 to 185 to approve a separate amendment to the spending bill that would block federal funding for Planned Parenthood. But because the amendment is essentially attached as a separate rider to the CR, it would need approval by the Senate -- an unlikely event, since the government is due to shutdown at midnight and because Senate Majority Leader Mitch McConnell (R-K.Y.), who would need to bring the measure before the Senate for a vote, already voted in favor of a "clean" CR in the Senate earlier today.

The storm passing through the East Coast Wednesday could just be from all the hot air coming out of Washington, D.C.

Following weeks of bluster and grandstanding, Senate Republicans on Wednesday morning abandoned their pledge to defund Planned Parenthood and passed a continuing resolution (CR) – or a temporary spending measure – to fund the federal government through Dec. 11, including funding for the abortion giant. The bill passed 78 to 20.

The GOP controls both houses of Congress, but didn’t have enough votes in the Senate to pass a spending bill defunding the taxpayer-subsidized organization.

Senate Majority Leader Mitch McConnell (R-K.Y.) could have blocked a CR that included funding for Planned Parenthood from coming to the floor for a vote, a move supported by some Senate Republicans that likely would have resulted in a government shutdown. Instead, McConnell chose to back a “clean” CR that included the Planned Parenthood funding in an effort to avoid a shutdown and limp the federal government spending through the next couple of months, earning the ire of some pro-life lawmakers, including Sen. Ted Cruz (R-Texas).

The Senate’s CR will likely be taken up for a vote by the GOP-controlled House Wednesday afternoon, where it is expected to pass with the support of a large contingent of House Democrats amid Republican opposition just hours before the end of the current fiscal year, which ends tonight at midnight. The fight over whether to defund Planned Parenthood or shut down the government has already cost Speaker John Boehner (R-Ohio) his job, largely due to a growing Republican concern that GOP leaders continue to rail against the progressive agenda and President Obama’s policies while continuing to fund them.

Debate has raged in recent weeks over recently released videos from the Center for Medical Progress, a pro-life activist group that went undercover to expose the alleged illegal sale of fetal tissue by Planned Parenthood and its affiliates. In the videos, abortionists and tissue procurers can be seen laughing and haggling over the price of various body parts harvested from aborted babies while sifting through the tiny remains in a dish.

But, apparently, that's not worth shutting the government down.