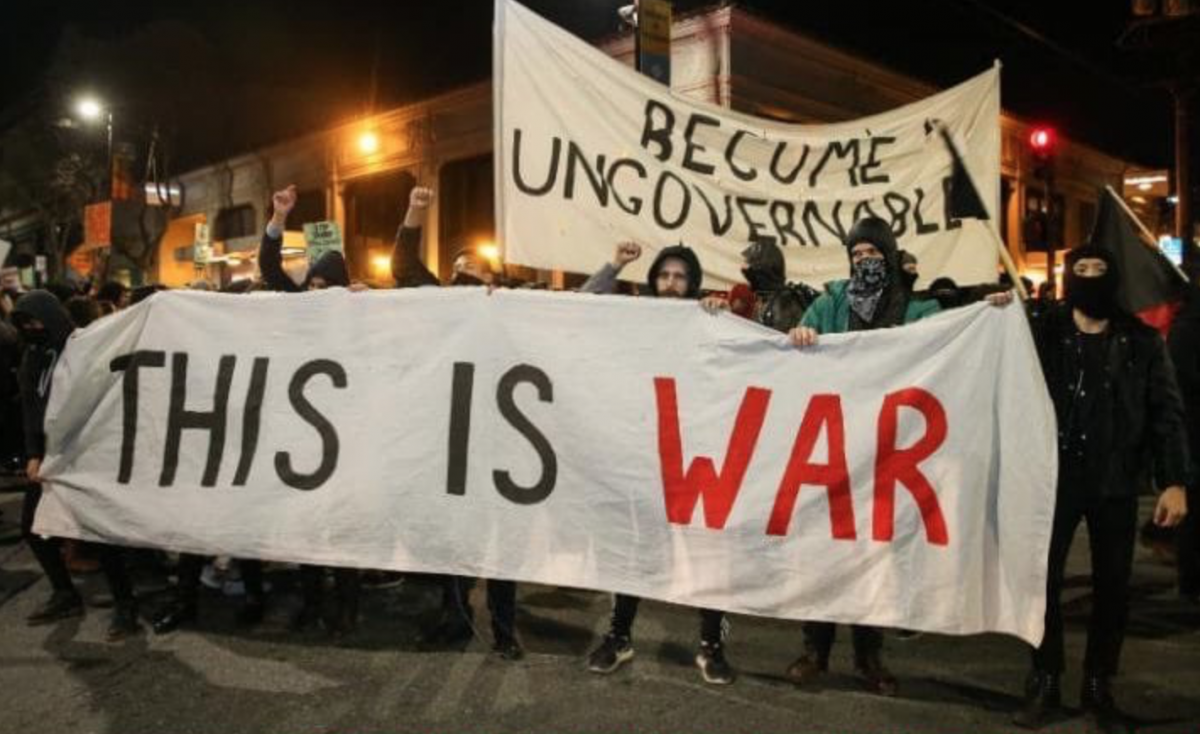 Saturday, August 19, was the day that the “Second Free Speech Rally” was held at Boston Common, a rally that saw the arrival of 10 times as many opponents as attendees and speakers, opponents who said they went there to “stand against” fascism and racism, and “resist hate” -- which seems great to those who watch news from the surface and know that any “free speech rally” put on by anyone who isn’t a leftist must be a fascist wolf in sheep’s clothing.

The only problem is that the rally was not connected in any way to those kinds of pernicious groups.

This is very significant, and reflects a dishonest, unethical trend in American political discourse that began decades ago with “Postmodernism/Deconstructionism” – which allowed the left to control the definitions of words and ascribe “hidden motivations” to what people said and wrote – and has culminated in the budding power of the left to demonize anyone as “bigoted” or “fascistic” if they do not support the expansion of the progressive state agenda.

The old version of this was embodied in the character of Archie Bunker, on the CBS comedy series, “All in The Family.” Archie was the typical caricature of the conservative American: a dumb white bigot who just couldn’t get with the times. He was emblematic, and used not only to entertain people, but to push a political agenda through the series. In classic postmodernist fashion, the series defined the opposition and controlled the terms of debate.

This week, we saw this employed when Boston Mayor Marty Walsh held a news conference on Wednesday, and said that he did not know who organized the coming Free Speech Rally. Then, a few minutes later, without evidence, and having just said he didn’t know who they were, he depicted the organizers as hate mongers and bigots. He also claimed that the group did not have a permit, which was incorrect, meaning he was either lying or called a news conference without getting actual information about the permit, the group, or what it wanted to do.

His goal, clearly visible in the video of the conference, was to portray the event as racist, and paint himself as anti-racist, regardless of whether any of that were true.

Not only was this unethical, but it did a terrible disservice to the people who were actually there, and put them in greater danger of oft-ignored Antifa violence.

This rally not only was not organized by racists, fascists, or sexists, the organizers repeatedly asked that racist people and bigots stay away. It was a rally that invited to its small group of speakers Staff Sgt. Joe Biggs, a vet who left the U.S. military when he became disgusted by the falsehoods the U.S. government was feeding people about torture, and sickened by the growth of the US police state around the world. He is one of the reporters whom police shot with rubber bullets and tear gas when covering the Ferguson protests (which he supported, even when noting that the Michael Brown shooting that was the catalyst for long-festering local frustration over police treatment might be more ambiguous than locals believed). Biggs is the man who, along with fellow reporter Jakari Jackson, exposed the fact that police in military vehicles were using laser-targets on civilians, and is the man who called for an honest assessment of the death of his friend, investigative reporter Michael Hastings.

Yet the vast majority of people on the Boston Common (I saw it, and there are videos galore available on YouTube for those who couldn’t be there) were anti-rally protesters arriving as if to face-off against the evil organizers -- organizers who featured a conservative Indian-American speaker, and who held “Black Lives DO Matter” signs during their abbreviated gathering.

Yet the thousands who showed up to protest this Free Speech Rally not only shouted down the speakers, evidently buying into the foolish and reckless rhetoric of Mayor Marty Walsh and the pop media who gave him a pass, some of those protesters dragged women across the grass, tore up signs of pro-life rally attendees, and hit people with pepper spray. A total of 33 people were arrested,. Boston Police even had to ask Antifa protesters to stop throwing plastic bottles filled with urine at them – all of which fits a pattern of violent, aggressive behavior on the part of Antifa and other leftist organizations that has been happening for months and getting virtually no coverage from the pop media.

Rather than note that it was the black-clad, mask-wearing, flagpole swinging, pepper spraying, arson-inclined leftist/collectivist protesters of Antifa and organizations like “By Any Means Necessary” that started this trend in violence at places like Berkeley when Milo Yiannopoulos was scheduled to speak there early in 2017, the pop media spend the bulk of their time trying to depict Milo as a “right wing speaker” who is “hate–inciting.” Similar tactics have been used against conservative writer Ann Coulter. Neither Coulter nor Milo are fascist or hate-filled. As a libertarian anarchist, I happen to disagree with them on numerous issues, but I can look at their positions and know that they are not the Nazis or fascists that Antifa depicts them to be.

And this is the key point. The progressive left and pop media accomplices of our current American “debate” aren’t interested in actual debate. Their tactic is to label as “hate-filled” anyone who does not agree with the expansion of the state, especially in domestic affairs. If one opposes taking tax money from people to fund Planned Parenthood, he or she is painted as crushing “women’s rights.” If one is in favor of tougher immigration policies, he or she is painted as a bigot, like Archie Bunker in his ratty armchair.

This has allowed the growth of a virulent, and violent pattern on the part of the left, something that has led to repeated attacks on people who aren’t fascists, attacks that have gotten little coverage from the pop media, and which, if they have been covered, have been whitewashes. Take CNN’s recent piece, for example, which came months late, never actually notes that Antifa started this trend toward violence at the end of last year, and which saw the editors literally change the title from “Unmasking the Leftist Antifa Movement: Activists Seek Peace Through Violence” to “Unmasking the Antifa Movement” when Antifa complained about the original title.

The trend has been clear to anyone bothering to observe: Antifa, leftist politicians, and the pop media have been culpable in promoting an ever-widening definition of “fascists” and “bigots,” a definition that is often employed by people who actually use fascist tactics themselves and, in many cases, don’t even know the definition of fascism.

It is a dangerous trend, and defends no one.