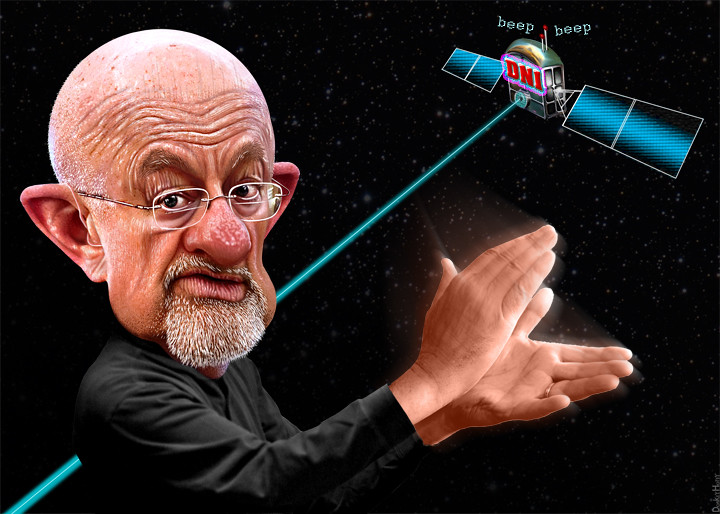 It must be tough to be a dinosaur pop media editor nowadays. All these Plebians who watch alternative news sites keep clamoring for real information, while you’re trying to focus on other things.

Seriously, how can the great unwashed not see that Donald Trump’s body language while walking beside a foreign dignitary is much more important than the publication by Wikileaks, Sinclair Broadcast Group, and Circa News that the Foreign Intelligence Surveillance Act (FISA) Court issued a secret ruling on April 26 lambasting the Obama-era National Security Agency for conducting illegal surveillance on Americans? Pop media editors must be flummoxed trying to suss out why folks in this modern era of news gathering keep trying to find out about how the federal government was spying on many of them without even obtaining the usual rubber-stamp “warrants” that the FISA Court hands out like candy during Trick Or Treat.

In fact, despite the dinosaur media editors stepping around it, this revelation about the FISA Court and the NSA is a major story, and sheds considerable light on just how perfidious the NSA under James Clapper has been -- and how, even after the revelations of Edward Snowden about the NSA spying on Americans, the agency continued to do so.

It also serves as an opportunity to remind oneself about the FISA Court itself, and how, despite the leak of this document, the court is, in essence, sanctioned only by a 1978 law, and not by the Fourth Amendment of the US Constitution.

As Tim Johnson reports for the Miami Herald, one of the few old guard news sources to give this more than a fleeting mention:

The document, signed by (FISA Court) Judge Rosemary M. Collyer, said the court had learned in a notice filed Oct. 26, 2016, that National Security Agency analysts had been conducting prohibited queries of databases “with much greater frequency than had previously been disclosed to the court.”… It said a judge chastised the NSA’s inspector general and Office of Compliance for Operations for an “institutional ‘lack of candor’ ” for failing to inform the court. It described the matter as “a very serious Fourth Amendment issue.”

Let’s underline a few points about this “notice." First, it was 99 pages long. Second, it revealed that the NSA was not even bothering to get “FISA Warrants” when conducting surveillance against Americans.

As nice as it is that the FISA “judge” sent this notice to the NSA, the only reason we, the people on whom the NSA could be spying, know about it is because it was leaked.

This reveals a great deal about the persistent actions of the NSA under its former leader, James Clapper, a man who, when asked in 2013 Senate testimony whether the NSA was spying on Americans, said, “No."

The NSA spying on Americans is contrary to the Fourth Amendment in 2013, and it continued to do so without asking for the so-called “FISA Warrants” required by the 1978 Foreign Intelligence Surveillance Act. This, all being done by an administration whose Chief Executive claimed it was the “most transparent ever.”

The FISA revelation is another tiny hint that maybe, just maybe, Mr. Obama was not being truthful.

And lest we forget, this secret message, as damning as it is, comes from a “court” that is not really a “court” as the Founders envisioned it.

The FISA Court was created after the Church Hearings in Congress pursued the valid allegations that U.S. government agencies (FBI, CIA, etc) were spying on Americans, especially counter-culture figures like Martin Luther King and anti-war activists during the Vietnam Conflict. Large portions of the American public were justifiably upset about the problem, and, in classic government fashion, the politicians called their show trials, performed their kabuki theatre, and came out of it with the answer: Since the spying was against the law, they decided to write a new law to essentially make it legal while telling people they were fixing the problem.

Thus was born the Foreign Intelligence Surveillance Act, thanks mainly to the ever-trustworthy Sen. Teddy Kennedy of Massachusetts. The Act purported to “protect” Americans from surveillance by giving the federal government a power it didn’t have according to the Constitution: the power to spy on foreigners. And, if an American was “on the other end of the conversation,” to spy on that American.

All the U.S. spy agencies had to do was ask for a “warrant” from the newly created secret court called the FISA Court, and everything would be hunky dory.

The fact that the Fourth Amendment applies to any spying, regardless of whether it is being done to Americans or foreigners, and it requires real warrants, from real judges, public warrants in the common law tradition going back centuries? The fact that each person to be searched and each item sought had to be mentioned in this public warrant? Not part of the deal.

The FISA law essentially rewrote the Fourth Amendment, making it whatever the FISA Court wanted when it came to surveillance.

The fact that a FISA “judge” sent a classified message to the Executive Branch saying the NSA wasn’t complying to the 1978 law is nice to know, but the entire system is unjustified based on the original intent of the people who wrote their rulebook, called the U.S. Constitution.

But it gets worse.

In fact, while the Obama NSA continued to spy on people -- even justifying the expansion of that spying by seeing names that were merely mentioned in e-mails of people on whom they were spying, and then spying on those people – it has been revealed in declassified documents that the James Comey-led FBI illegally shared surveillance data on people with third parties.

All of this is getting little press in the mainstream media, but it does not mean the issues are unimportant or will go away.

It seems the mainstream just wants us to feel good that the Obama administration was so “transparent.”

Heck, his gang was almost as transparent as your own private communications may have been to them.