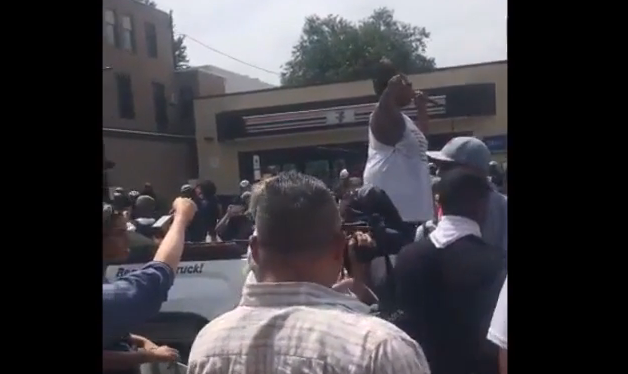 For a group that is supposedly fighting for justice and equal rights, Black Lives Matter just gave yet another example of why their movement will never be taken completely seriously.

In a show of ignorance, divisiveness and racism, Black Lives Matter (BLM) protesters were out in full force in Philadelphia during the Democratic National Convention (DNC). During the event, one of the BLM “activists” called for the segregation of white people who were there to either cover the protest or support BLM.

But the woman was not done chastising white people.

“White media get to the back,” said the BLM activist, “We are not afraid to put people out.”

For video of the BLM segregation order, watch below: