After the attempted coup that took place in Turkey this past weekend, Black Lives Matter leader Shaun King took to Twitter to express his desire to stage a coup if presumptive Republican presidential nominee Donald Trump becomes president. 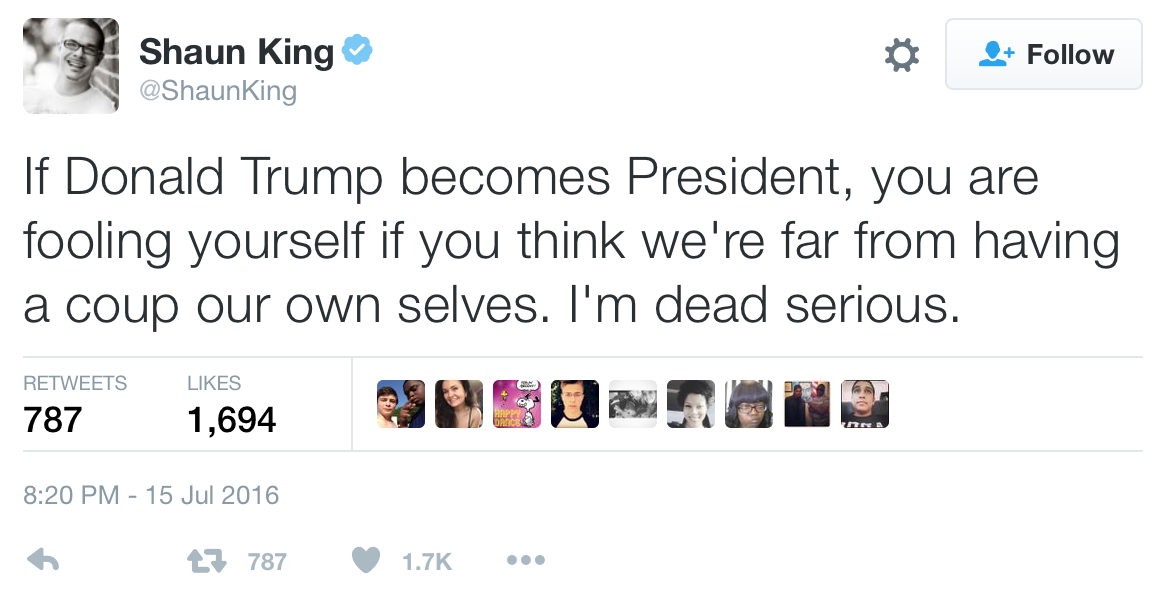 King's tweet has gotten some mixed responses. Some people expressed support. One user stated, “If it’s a Coup you want Shaun just say when.”

Other responses are evidently against King. Some of the responses humorously ridicule him and question his ability to stage a successful coup: 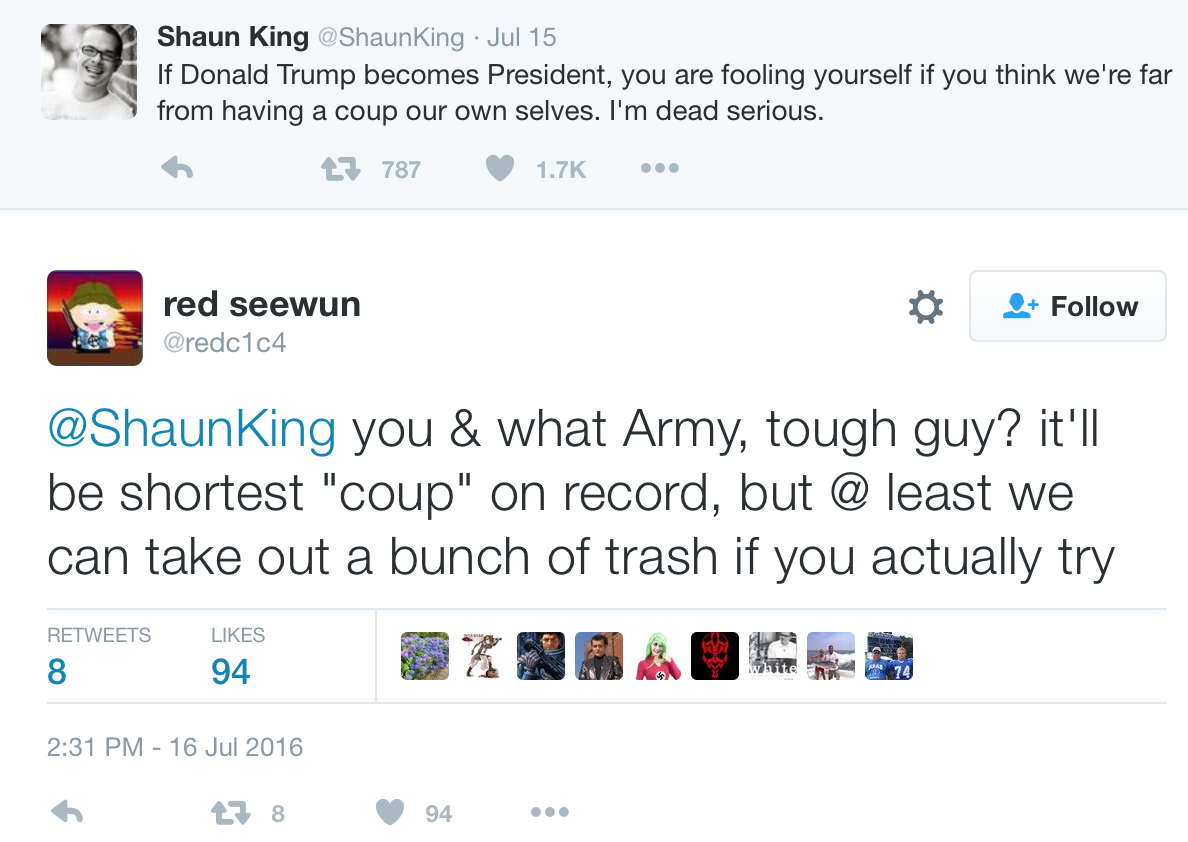 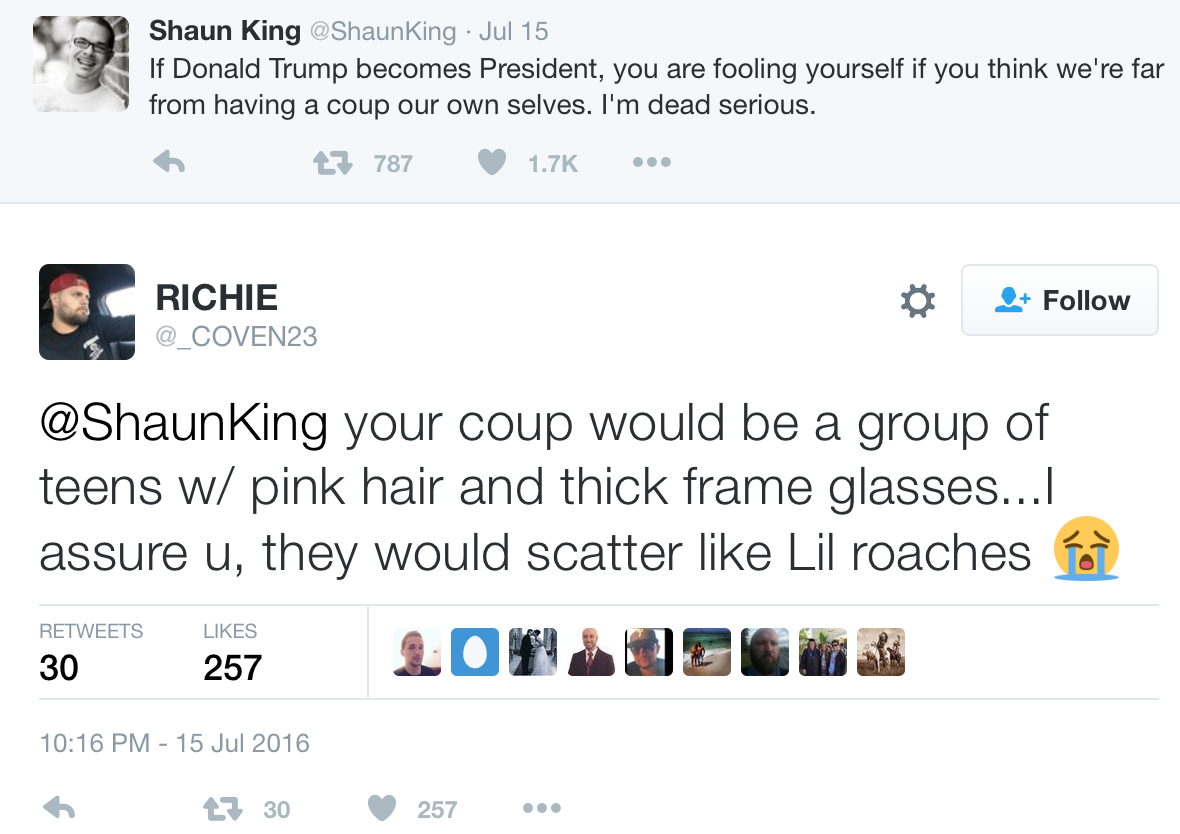 I still don’t understand how and why King continues to be a leader of the Black Lives Matter movement, let alone why his role is legitimate. The public is cognizant of his alleged white ethnicity, so doesn’t "white privilege" apply to him as well? In the mindset of a BLM activist, his ethnicity speaks for itself.

Either way, realistically, even if Trump wins the presidential election and King does attempt to stage a coup to overthrow the government, it will fail miserably. Good luck trying to take down the FBI and SWAT teams...