Black Preacher Exposes Al Sharpton: 'You’re Nothing But A Pimp!'

On Saturday, approximately 150 demonstrators marched through Hartford, Conn. from Mount Moriah Baptist Church to the Shiloh Baptist Church. The march served as a peaceful protest against the violence taking place in the state's capital, with a dozen shootings and five children killed just this past month.

Prior to speaking at a rally following the march, Reverend Al Sharpton asked the people sitting in the pews at the Shiloh Baptist Church to donate $100 each to the MSNBC host's National Action Network, his so-called civil rights organization. 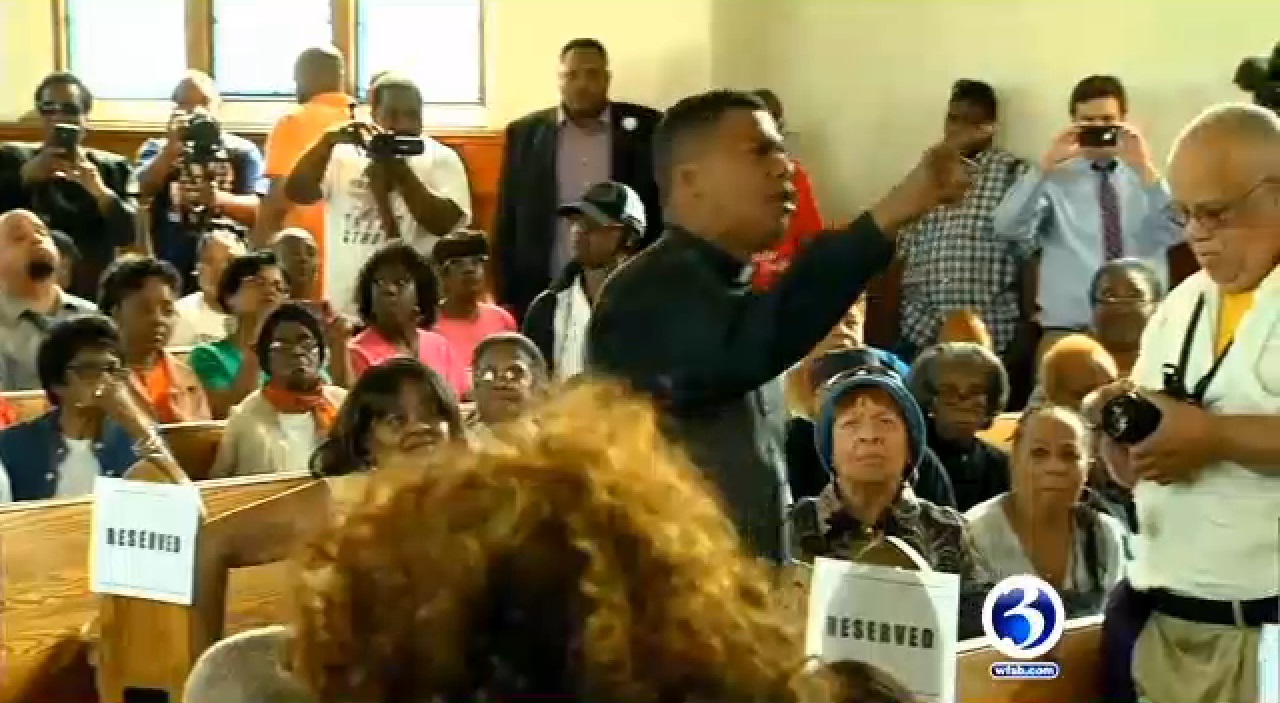 He questioned how a collection for Sharpton’s non-profit would help the people in Hartford cope with the violence in their community.

Pastor Jarvis shouted, “Don’t you come up in here asking us for money."

"How dare you ask the people of Hartford to give you their money! You’re nothing but a pimp!" he said.

It was only until the pastor called Sharpton out did the Reverend promise that the donations would go toward building a memorial. He also promised to donate an additional $1,000 of his own money for the memorial's construction.

Two days later in a quieter but just as direct tone, the pastor described Sharpton as one of the "charlatans and pimps in the pulpit that want to feed off the sheep."

“Well, we were having, they were holding a 'stop the violence' rally in Hartford, Connecticut. And I guess his invite was supposed to bring some attention to the plight in the city of Hartford. But once the rally and the march was ended, there was a gathering at Shiloh Baptist Church and there was a offering or a demand for money. And I thought that that was hypocritical and contradictory to the cause. How are you going to ask a crime-riddled neighborhood that's impoverished for a $100 each donation without cause? They didn’t say what the money is going to be used for. I thought it was ‘pimpism’ at its best.”

When Van Susteren asked Pastor Jarvis why people like President Obama turn to Sharpton, the pastor threw the good book at the professional agitator:

You know, I couldn't answer that question. It's a question that I have asked myself as well. I think we could do better as far as representation of the African-American community as a whole.  I can't say he is all bad, we all have you know, the Bible says for all has sinned and fallen short of the glory of God. All I can say is for this one incident and its something that's prevalent for some reason in the church that needs to be addressed, is that we do have some charlatans and pimps in the pulpit that want to feed off the sheep. Ezekiel 34 says “Whoa unto the shepherds who feed off my sheep instead they should feed the sheep.”

On Saturday, Pastor Jarvis of the Christ the Cornerstone Praise and Western Tabernacle proved himself a wise man who, unlike many of our elected officials, is brave enough to bow down to God instead of America's infamous race-baiter Rev. Al Sharpton.

The video below features Pastor Jarvis shouting at Sharpton at the Church from WTIC in Hartford immediately followed by his Monday interview with Fox News' Greta Van Susteren.