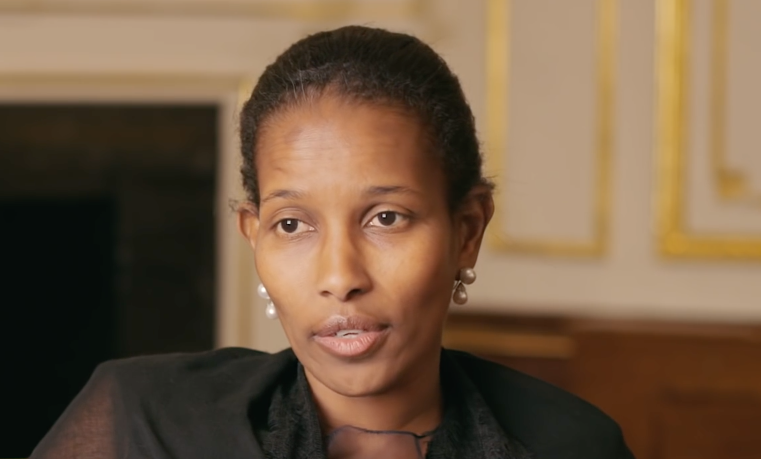 First of all, can we all just agree right now that Islam is a religion, not a race?

Islamic critic and anti-Sharia law activist Ayaan Hirsi Ali has come under fire from a questionable group for speaking out against the barbaric law system -- a stance that apparently makes her a "mysoginist."

According to the Daily Mail, Ali had previously linked Persons of Interest to the radical “Egyptian-based Muslim Brotherhood, which is outlawed in its home nation. This, apparently, has upset the Australian group.

Let’s take a step back for a second. Ali campaigns against female genital mutilation, and for Muslim women to think for themselves, and they call her part of the patriarchy and a misogynist? Ali sounds more like a feminist, in the truest sense, than a misogynist.

This is "social justice" at its finest: shut down any speech that doesn’t fall in line with your ideology. And, if that person doesn’t stop speaking, label them the biggest racist, homophobe, Islamophobe or any other “phobe” you can come up with.

But Sharia law is something that should be talked about.

Let me put it this way: If Sharia law isn’t as bad as people have found it to be, then why persecute and try to shut people up that disagree with it? If Sharia law is so wonderful, then the Islamists that defend it should have no problem debating it.

So are Persons of Interest attacking Ali because what she said was wrong in their view? Or are they just salty because Ali linked the group to terrorist-sympathizing organization? Either way, they are trying to shut Ali up.

This was not the first time Ali has received hate from Islamic fundamentalists.

Back in 2011, feminist Women’s March organizer and Sharia law promoter (that’s kind of an contradiction in ideologies, isn’t it?), Linda Sarsour, sent out a tweet outright threatening Ali for being outwardly anti-Sharia law.

Sarsour is one of the women who organized the Women’s March all over the country, but wished female genital mutilation on another woman…you know, because tolerance.

Ali must be doing the right thing, because she’s making all the right people angry.

To watch the close-minded Persons of Interest video about Ali, watch below: